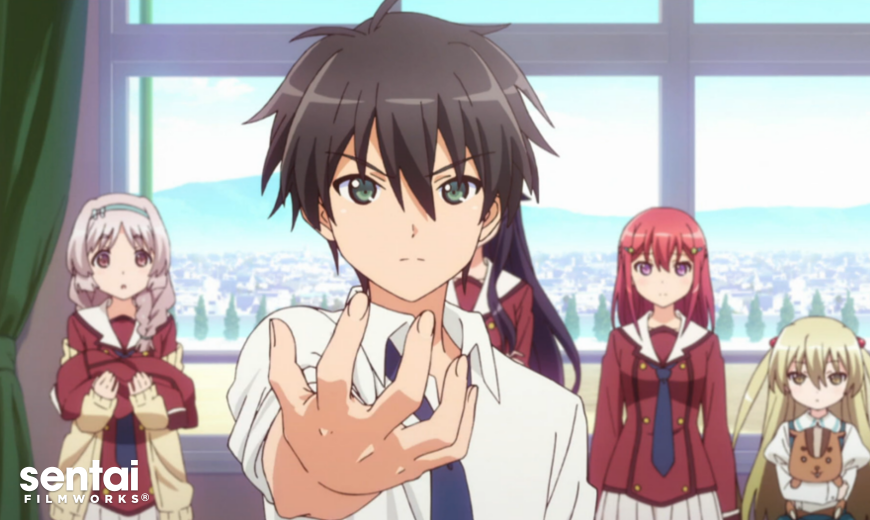 HOUSTON, APRIL 20, 2016 – Sentai Filmworks is proud to announce its latest acquisition, When Supernatural Battles Became Commonplace. One day, a group of four girls and one boy in the literature club experienced an incredible power awakening within them. With that, they dove into an exciting world of high-powered magical battles to defend humanity… or did they? With their daily lives remaining mostly peaceful, they find that they can use their powers fairly wastefully. The curtain opens on a story filled with comedy, love, and, of course, supernatural battles!

The anime is based on original work by Kota Nozomi (GA BUNKO/ SB Creative Corp.), with original illustration by 029. Masahiko Otsuka was in charge of series composition, as well as helming the show as chief director. Masanori Takahashi was responsible for directing the series, with Satoshi Yamaguchi in charge of character design. Animation Production was by TRIGGER.

When Supernatural Battles Became Commonplace will soon be available through select digital outlets, with a home video release to follow.