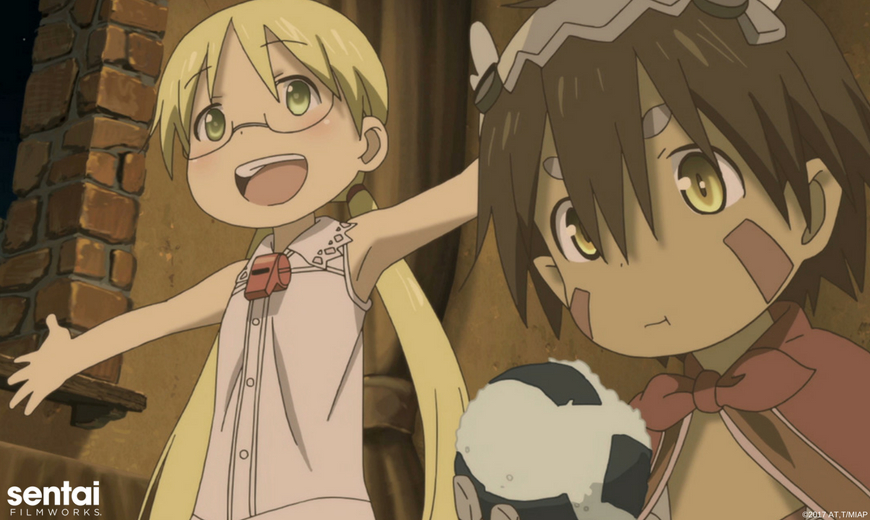 Ready to add to your collection?

SYNOPSIS:  When the fallen angel Lucifer starts raising hell down below, Heaven decides that it's time to start looking for a new savior to keep humanity from succumbing to the lure of Sin. Unfortunately, the seven beautiful angels assigned to the task of finding a new Messiah may not be the best choices. Their nominal leader, Michael, the Angel of Faith, is plagued by self-doubt. Gabriel, the Angel of Chastity, struggles to defend morality in a costume that's sure to lead men into Temptation. Metatron (Charity) has a surprising bondage fetish while her sister, Sandalphon (Diligence), has trouble focusing. Uriel (Patience) has bladder control issues and… well, let's just say that none of them are exactly qualified and with Guardian Angels like these, Mankind is almost certain to be doomed in THE SEVEN HEAVENLY VIRTUES.

SYNOPSIS:  No one knows what's at the bottom of the Abyss. No one who's ventured that far has ever returned. What is known is that the Abyss is filled with strange creatures and priceless relics that have lured generations of fortune hunters into a diabolical trap. Because while anyone can descend into the Abyss safely, coming back up triggers a nightmarish series of transformations and madness. And the deeper you go, the less chance you have of coming back unchanged. But when 12-year-old Riko receives a message that her missing mother might still be alive deep in the Abyss, she knows she has to go to her. She must go even if it's a one-way trip for her and her robot friend Reg as they brave the ultimate darkness in MADE IN ABYSS.

SYNOPSIS:  Masahiro Setagawa has been having problems. His dad's gone, his mom's apathetic, and the local delinquents have turned him into a lackey and errand boy. Rescue comes in the most unexpected form, however, when a street fighter known as "Bear Killer" puts the beat down on the bad boys and takes Masa under his protective wing. The surprising part is that Masa already knew his rescuer, because not only is Kousuke Oshiba the older brother of Masa's best friend Kensuke, he's also Masa's homeroom teacher! But with so many ties between them already, is it surprising that Masa starts to feel more for Kousuke than a normal student-teacher relationship? Math class will never be the same once Masa realizes that the numbers in his stars are all adding up to one person in HITORIJIME MY HERO!