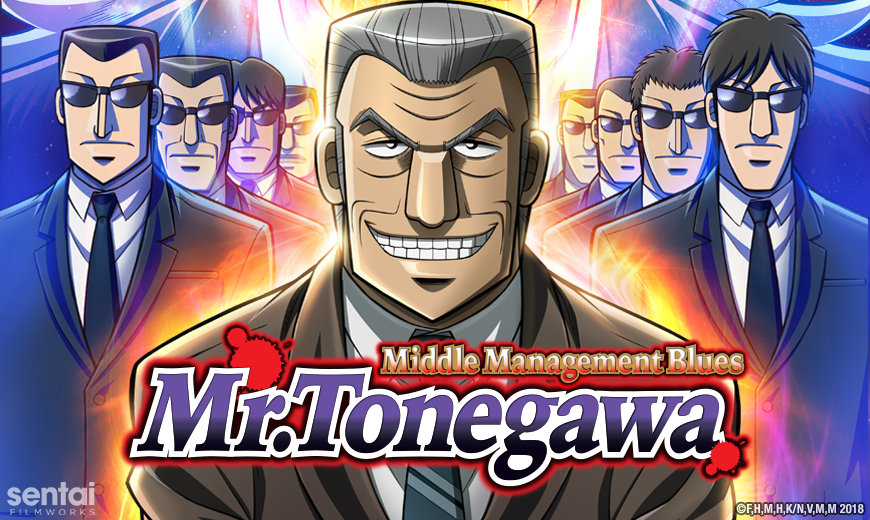 HOUSTON, TX, July 5, 2018 – Sentai Filmworks announced today that it acquired the distribution rights to the Summer 2018 comedy, Mr. TONEGAWA Middle Management Blues. This spinoff series from the award-winning world of Kaiji, will be available for USA, Canada, New Zealand, Australia, the UK, Ireland and other select territories.

President Hyodo is tired of dealing with debtors, so he orders mid-level manager, Yukio Tonegawa, to form a group of men and devise a series of sadistic games, called the Game of Death, to collect what is owed to him. Initially, Tonegawa and his black-suited men, known as Team Tonegawa, are hesitant to participate but quickly discover that their new line of work is more enjoyable than they originally thought.
Madhouse (Kaiji, One Punch Man) will be in charge of the animation production. Toshiyuki Morikawa (Naruto, Bleach, Mobile Suit Gundam Wing) will voice the protagonist, Yukio Tonegawa, and character design will be handled by Haruhito Takada (Kaiji, Fullmetal Alchemist, Gakuen Basara).