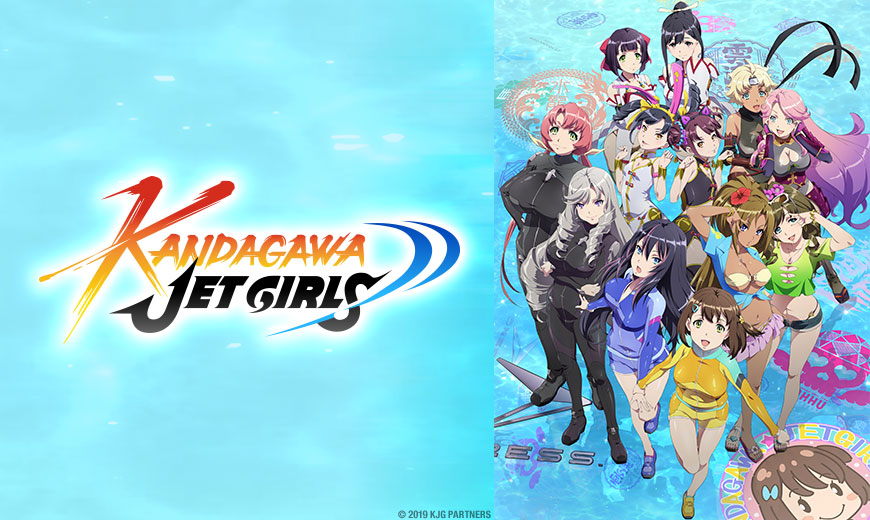 “Jet-Racing” has become a mega-popular extreme sport across the world, and with good reason! The “Jetter” pilots a high velocity watercraft and is paired with a “Shooter” who blasts rival teams with a hydro gun. It all adds up to explosive, wet-and-wild action as they race to the finish and compete to earn supremacy. Among those competing is Rin Namiki, and racing is in her blood. Rin aspires to become a legendary Jetter just like her mother, and after meeting the cool and gorgeous Shooter Misa Aoi, it looks like Rin’s dreams are finally in reach with a partner who shares her passion! Every race brings them tighter together as a team and closer than ever to their dream of becoming the best Jet Racers on the water.

Kandagawa Jet Girls is part of a multimedia collaboration between KADOKAWA, EGG FIRM and video game publisher Marvelous, who will make a Kandagawa Jet Girls game for the PlayStation 4. The anime series is directed by Hiraku Kaneko (The Qwaser of Stigmata, Why the hell are you here, Teacher!?, Tsuredure Children) and produced by studio TNK (Blade Dance of the Elementalers, DOREIKU The Animation, Destiny of the Shrine Maiden).

The series will be available Fall 2019 to stream on select digital outlets with a home video release to follow.