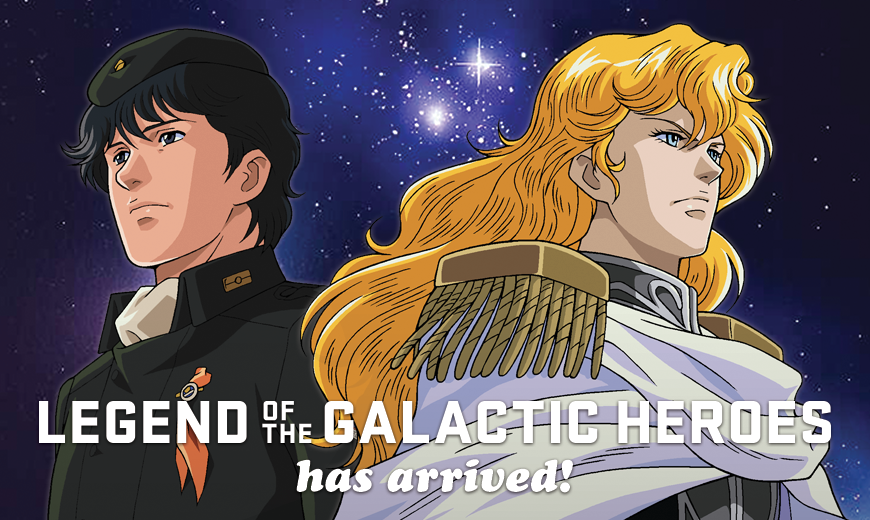 HOUSTON, TX, JUNE 20, 2017 –Sentai Filmworks is proud to announce the streaming release of the classic space opera,  Legend of the Galactic Heroes. Fans will be able to stream the series exclusively on HIDIVE’s anime streaming service starting June 20, 2017, with newly uploaded episodes available every Thursday at 11:00 AM CT on HIDIVE.com.

About Legend of the Galactic Heroes:

“The galaxy has been at war for 150 long years between the Galactic Empire and the Free Planets Alliance. As two new commanders enter the field of battle, the tides of war change. Imperial Admiral Reinhard von Lohengramm and the FPA's Yang Wen-Li shatter the wartime stalemate, elevating the war to a new level. Brilliant new strategies play out in the grand chess game amid the stars.”