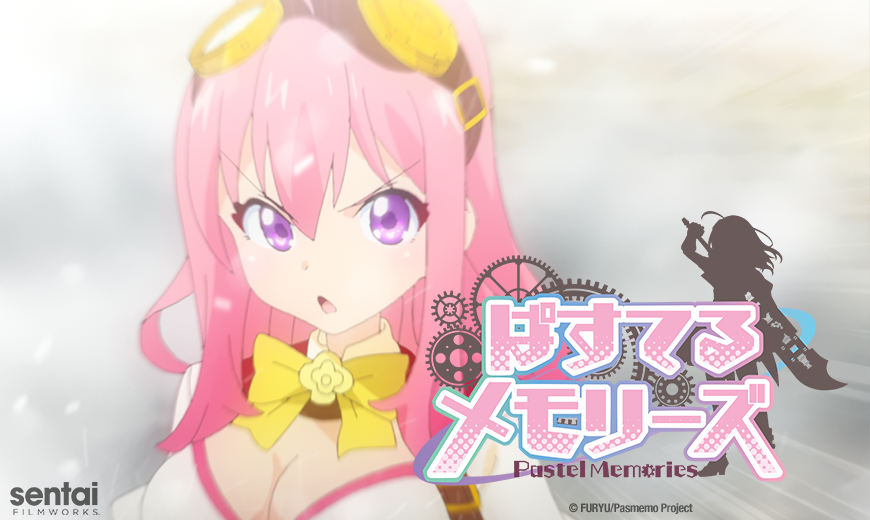 HOUSTON, TX, December 21, 2018 – Sentai Filmworks announced today that it acquired exclusive rights to Pastel Memories for the United States, Canada, the United Kingdom, Ireland, Australia, New Zealand, South Africa and Scandinavia. The anime series is based on the imaginative Japanese roleplaying game of the same name by FuRyu, who is also in charge of the series production.

Akihabara is known as a shining beacon for otaku culture everywhere. But in a not-to-distant the future, that culture is on the decline due to a mysterious affliction causing widespread memory loss.  As a result, Akihabara has lost its luster. However, in one of the few remaining otaku shops, Izumi and a handful of comrades hatch a plan to restore lost memories and return “Akiba” to its former glory.

The series will soon be available for the Winter 2019 simulcast season to stream on select digital outlets with a home video release to follow.

Sentai Filmworks is a leading global supplier of anime and official anime merchandise, distributing, and curating one of the industry’s most diverse libraries of top trending and classic titles. Offering thousands of hours of content across both traditional and digital platforms, Sentai is dedicated to bringing captivating stories and iconic characters directly from Japan. With hit series that include MADE IN ABYSS, Land of the Lustrous, MONSTER MUSUME Everyday Life with Monster Girls, and Parasyte -the maxim-, Sentai’s catalog continues to grow with new favorites like Bloom Into You, Revue Starlight and DEVILS’ LINE, as well as classic anime series such as Legend of the Galactic Heroes and The Big O. For more information, visit www.sentaifilmworks.com.