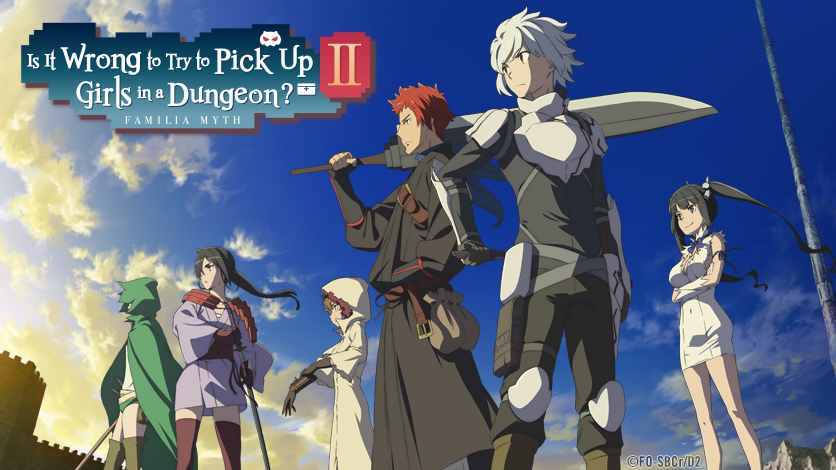 Sentai Filmworks Set to Tease New Season of Hit Series “Is It Wrong to Try to Pick Up Girls in the Dungeon?” at Anime Expo 2019

HOUSTON, TX — June 7, 2019 — Sentai Filmworks today announced a planned sneak preview of the highly anticipated second season of Is It Wrong to Try to Pick Up Girls in a Dungeon? as part of an exclusive event at Anime Expo 2019. The first episode of the new series is set to premiere July 5, 11:30 AM in Main Events Hall B. This special event is a prelude to Sentai Filmworks’ wider rollout of the series on select digital outlets later the same month.

The exciting follow-up to the first season of Is It Wrong to Try to Pick Up Girls in a Dungeon? is produced by J.C. Staff (Food Wars!, Familiar of Zero, Waiting in the Summer) and is based upon the light novel series created by Fujino Omori. Season 2 follows Bell and Hestia on a new adventure, beginning with events covered in the sixth light novel volume.

“When we launched the original series, Is It Wrong to Try to Pick Up Girls in a Dungeon?, to anime fans in 2015, we knew it was going to be tremendous pop culture force because of its unique mix of irreverence, lovable, relatable characters and fantastic story-telling,” said John Ledford, CEO of Sentai Filmworks.  “Audiences have been clamoring for a thrilling, direct follow-up ever since and the new series won’t disappoint.”

The latest series heralds the return of fan favorites from the original series along with all-new characters to meet and love. The expanded cast features Ryota Osaka (Haikyu!! Second Season, Knights of Sidonia) as the sun god, Apollo, along with Haruka Chisuga (Amagi Brilliant Park, SHIROBAKO) as prisoner, Sanjouno Haruhime and Akeno Watanabe (Witch Hunter Robin, To Love Ru) as the altruist Aisha Belka. Members of Apollo’s Familia include KENN (Space Brothers, Beyond the Boundary) as Hyakinthos Clio, Wakana Kowaka as Daphne Lauros and Ayumi Mano (Black Clover, Date a Live III) as Cassandra Ilion.

The series will be available Summer 2019 to stream on select digital outlets with a home video release to follow.