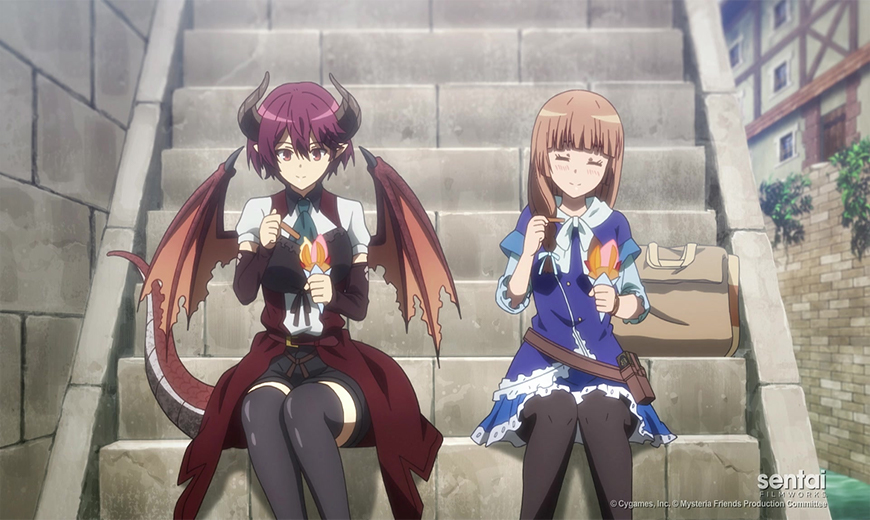 Mysteria Friends spotlights fan favorite characters, Anne, the runaway royal, and Grea, the dragon-born girl, voiced by Yoko Hikasa (Is It Wrong to Try to Pick Up Girls in a Dungeon? and GATE) and Ayaka Fukuhara (Trinity Seven and Battle Girl High School).