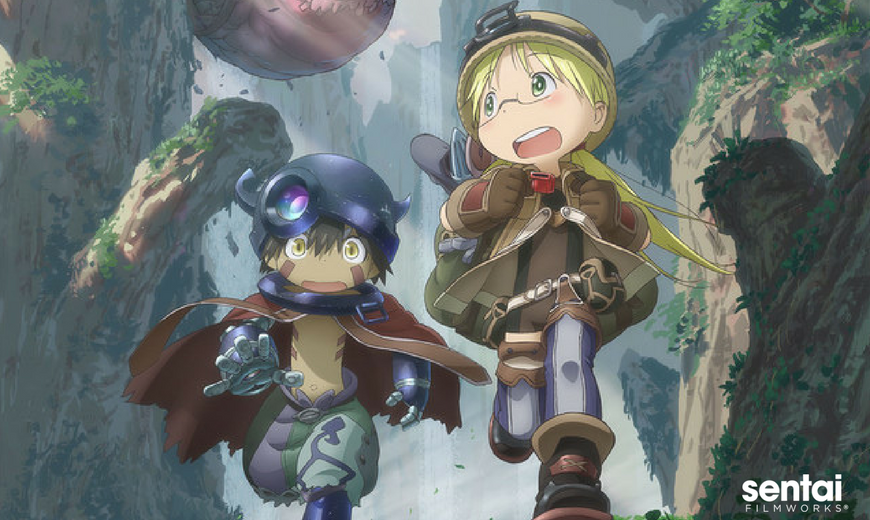 Sentai Filmworks Takes the Plunge with ‘MADE IN ABYSS’

HOUSTON, JUNE 26, 2017 – Sentai Filmworks is proud to announce the addition of the fantasy-adventure MADE IN ABYSS to its Summer 2017 season. The series will soon be available to stream in the U.S. on Anime Strike, the curated on-demand anime subscription from Amazon Channels.

The “Abyss” is the last unexplored region, an enormous and treacherous cave system filled with ancient relics and strange creatures. Only the bravest of adventurers can traverse its depths, earning them the nickname, “Cave Raiders.” Within the depths of the Abyss, an orphaned girl named Rico stumbles upon a robot who looks like a young boy. Tantalized by the mysteries of the Abyss, Rico and her new friend descend into uncharted territory to unlock its mysteries, but what lies in wait for them in the darkness?

Animation Production will be handled by Kinema Citrus (Black Bullet, Barakamon, Is the Order a Rabbit??). Masayuki Kojima (Monster, Black Bullet) will direct the series, with series composition by Hideyuki Kurata (The Fruit of Grisaia, Drifters, The World God Only Knows).

MADE IN ABYSS will soon be available to stream on Anime Strike in the U.S., and available in certain countries through select digital outlets for the Summer 2017 season, with a home video release to follow.