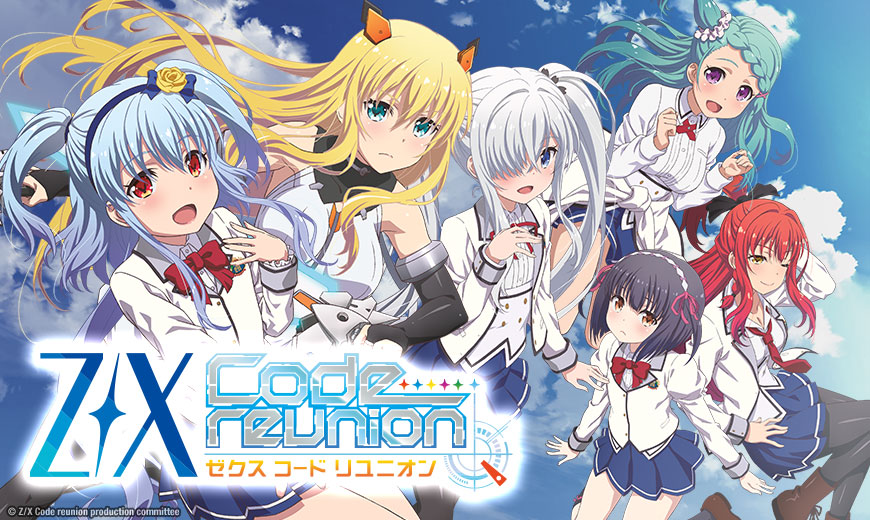 The signing of a peace treaty has secured a tenuous ceasefire between mankind and the Zex, beings who emerged from space/time rifts connected to mysterious, distant worlds. Partnered with a Zex named Rigel, Azumi Kakamigahara must shoulder the fate of her own idyllic world. The unlikely pair head to newly established Fujimisaki Academy, but what destinies await them once they arrive?

Z/X Code Reunion will be available Fall 2019 to stream on select digital outlets with a home video release to follow.

Sentai Holdings, LLC is a leading global supplier of anime and official anime merchandise, distributing, and curating one of the industry’s most diverse libraries of top trending and classic titles. Sentai offers thousands of hours of content across both traditional and digital platforms and is dedicated to bringing captivating stories and iconic characters directly from Japan. With hit series that include MADE IN ABYSS, Land of the Lustrous, MONSTER MUSUME Everyday Life with Monster Girls and Parasyte -the maxim-, Sentai’s catalog continues to grow with new favorites like Bloom Into You, Revue Starlight and DEVILS’ LINE, as well as classic anime series such as Legend of the Galactic Heroes and The Big O. For more information, visit www.sentaifilmworks.com. Sentai Filmworks is a trademark and trade name of Sentai Holdings, LLC, a Cool Japan Fund portfolio company.