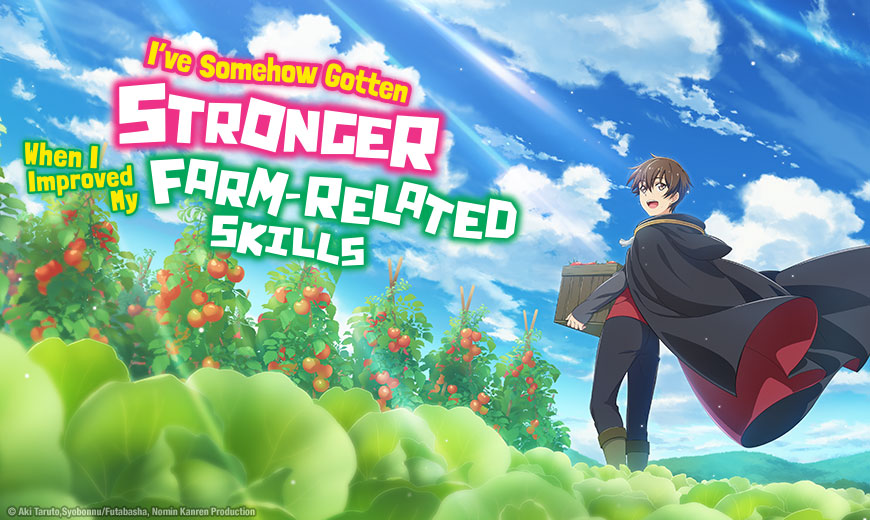 HOUSTON, TX — July 2, 2022 — Sentai announced today that it acquired exclusive rights to fantasy series I've Somehow Gotten Stronger When I Improved My Farm-Related Skills, based on the light novel series of the same name. Sentai will premiere the series exclusively on HIDIVE, its anime-focused streaming service, Fall 2022.

Al Wayne loves farming — and we don’t mean the video game sim. He wants to be a literal farmer, but in the process of improving his agriculture skills, he somehow winds up maxing out his overall character stats! He’s superpowered in the most unexpected of ways with abilities even the strongest of heroes would envy. Alas, all he wants is an idyllic farmer's life, but with demons and monsters invading the realm, Al may have to take up the mantle of hero just to keep his dreams from withering away!

I've Somehow Gotten Stronger When I Improved My Farm-Related Skills is based upon the light novel series originally published on the Shosetsuka ni Naro digital publishing site and later in Futabasha’s Monster Bunko imprint, where it sold over 700,000 copies.

I've Somehow Gotten Stronger When I Improved My Farm-Related Skills will premiere exclusively on HIDIVE during the Fall 2022 simulcast season with a home video release to follow.