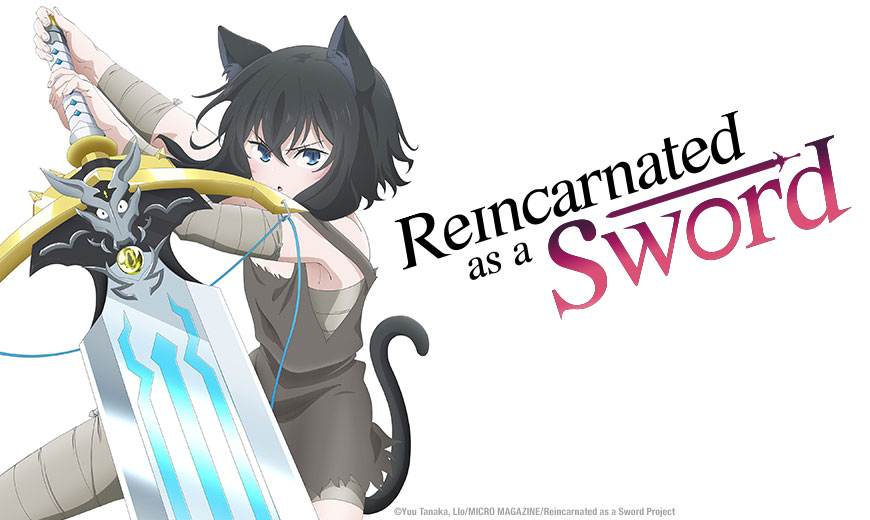 HOUSTON, TX — July 2, 2022 — Sentai announced today that it acquired exclusive rights to Reincarnated as a Sword, the genre-bending isekai anime series based on the light novels by Yu Tanaka, for audiences worldwide (excluding Asia). Tentatively planned as a Fall 2022 simulcast, the series will premiere exclusively on HIDIVE and its anime-focused streaming services.

Some isekai protagonists are reincarnated as powerful warriors or skilled wizards, but our protagonist was reborn in another life as a sentient sword! He’s taken up by Fran, a desperate girl fleeing evil-doers intent on selling her into slavery. With her new weapon’s help and guidance, she’s able to strike down her captors and secure her freedom. Together, this unconventional master-student duo embark on an epic journey to liberate those in need and exact justice on the cruel of heart.

The Reincarnated as a Sword light novel series upon which the anime is based began as a web novel on the Shousetsuka ni Narou site, with over 2 million copies sold and 250,000 daily views. The series comprises 12 novels published by GC Novels (publisher of That Time I Got Reincarnated as a Slime), a manga adaptation published by Gentosha, and a spin-off manga series in Micro Magazine.

The Reincarnated as a Sword anime series is produced by C2C (Tsukimichi -Moonlit Fantasy-, Wandering Witch: The Journey of Elaina, WorldEnd: What do you do at the end of the world? Are you busy? Will you save us?) and directed by Shinji Ishihara (Log Horizon, Fairy Tail, Sasaki and Miyano). The illustrator of the light novels, LLO (Unbreakable Machine-Doll, Oreshura, Mushi-Uta), provides original character design. Yasuharu Takanashi (Log Horizon, Zombieland Saga: Revenge, Mononoke) provides the series’ music.

Reincarnated as a Sword will premiere exclusively on HIDIVE in Fall 2022 (tentative) with a home video release to follow.