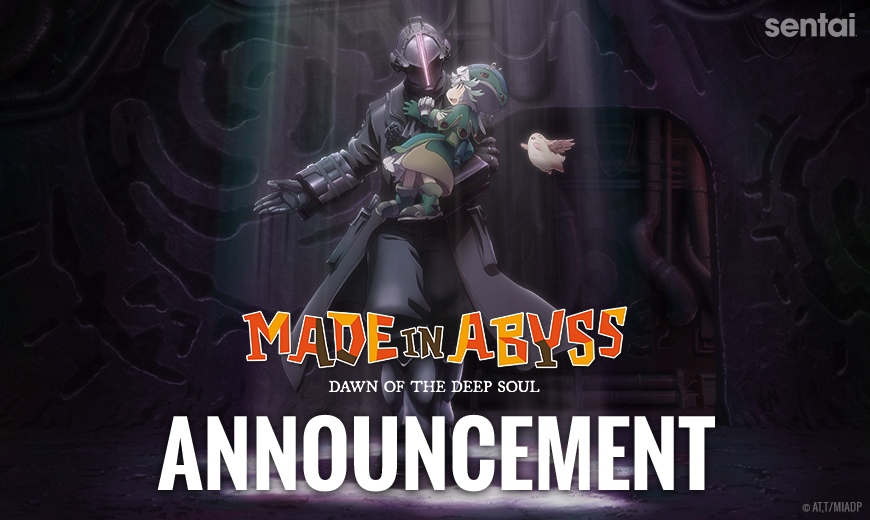 Sentai Readies “MADE IN ABYSS: Dawn of the Deep Soul” for Virtual Cinema Experience

HOUSTON, TX — September 4, 2020 — Sentai announced today that it is partnering with select theater operators and technology providers to distribute MADE IN ABYSS: Dawn of the Deep Soul, the long-awaited feature film based on the acclaimed manga series by Akihito Tsukushi, to North American audiences starting September 18, 2020. The film’s updated release schedule includes virtual screenings through select cinemas for audiences at home.

Dawn of the Deep Soul continues the epic adventures of young explorers Riko and Reg, who are joined by their new friend Nanachi as they descend into the Abyss’ treacherous fifth layer, the Sea of Corpses. There they encounter the mysterious Bondrewd, a legendary White Whistle whose shadow looms over Nanachi’s troubled past. Although Bondrewd is ingratiatingly hospitable and the trio soon becomes fast friends with his gregarious daughter, Prushka, the brave adventurers know things are not always as they seem in the enigmatic Abyss...

The distribution of MADE IN ABYSS: Dawn of the Deep Soul was previously delayed due to the impact of COVID-19. The film debuted on August 14, 2020 in select theaters. For more information or to purchase a virtual cinema ticket, visit www.madeinabyssmovies.com.