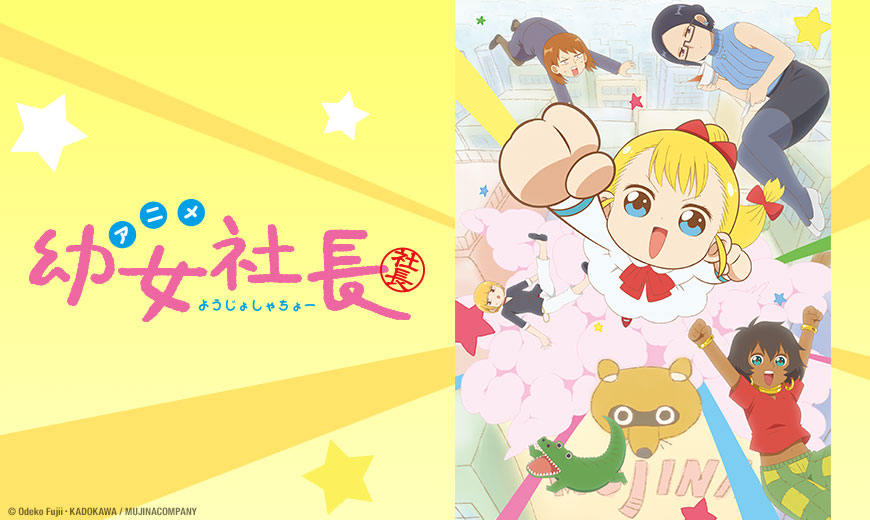 She’s not a genius. She’s not a prodigy. Heck, she’s not even old enough to vote! But somehow Najimu Mujina scored a totally above-average job as the president and “CEO” of the Mujina Company, where she navigates the world of adults with infectious, bright-eyed charm and enthusiasm. Whether it’s golfing with colleagues, negotiating contracts or pestering her executive assistant, Yuki, her hilarious antics are sure to captivate audiences of all ages.

Cute Executive Officer will stream on select digital outlets with a home video release to follow.