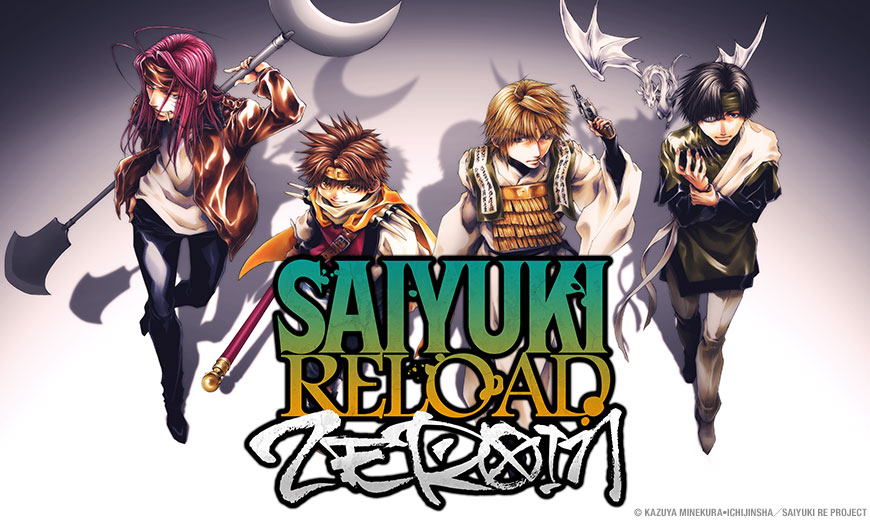 When the monstrous Gyumaoh was defeated by the war god Nataku Taishi and imprisoned in Houtou Castle, an era of peace began in the land of Togenkyo. Now, hundreds of years later, those seeking to resurrect Gyumaoh have unleashed a plague upon the world. The wave of negative power generated by his attempted resurrection has driven youkai to the brink of insanity. To save humanity from violent slaughter, Kanzeon Bosatsu sends Son Goku, Genjo Sanzo, Sha Gojyo, and Cho Hakkai to the west in order to prevent Gyumaoh from rising once again.

Saiyuki RELOAD: ZEROIN adapts the “Even a Worm” arc from the Saiyuki Reload manga by Kazuya Minekura. The manga has 25 million copies in circulation around the world. The anime series is produced by LIDEN FILMS (Blade of the Immortal, Tokyo Revengers, The Heroic Legend of Arslan) and directed by Misato Takada (episode director, Blade of the Immortal). J-rock group GRANRODEO returns to perform the series’ theme song, “Kami mo Hotoke mo.”

In addition to Saiyuki RELOAD: ZEROIN, Sentai has acquired SAIYUKI GAIDEN OVA – Kouga no Chapter, an OVA adapting chapter 11-13 of Saiyuki Gaiden that expands the worldbuilding and lore of the series.

Sentai will stream Saiyuki RELOAD: ZEROIN exclusively on HIDIVE with a home video release to follow.