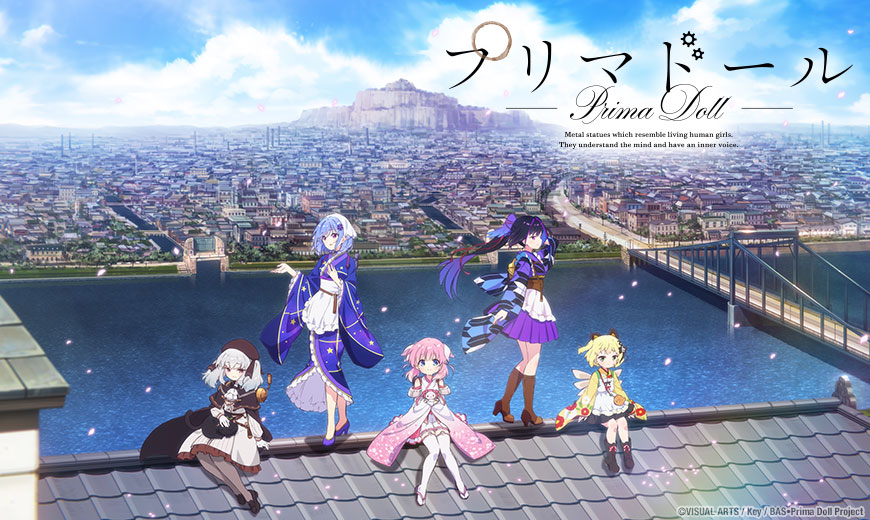 Café “Kuronekotei” boasts an unusual roster of employees. A group of automata, or autonomous mechanical dolls, serve their patrons with a smile, but they weren’t always so suited to domestic life. Just a few years prior, automata served as weapons in the great war, fulfilling the bloody purpose for which they were created. Now that the war has ended, these machines with human hearts search for their place in an unfamiliar, peaceful world — and their search begins at the Kuronekotei café.

Prima Doll will premiere exclusively on HIDIVE in Summer 2022 with a home video release to follow.

Sentai is a leading global supplier of anime content and official merchandise dedicated to bringing captivating stories and iconic characters directly from Japan. Sentai’s brands include HIDIVE (direct-to-consumer streaming), SentaiFilmworks.com (direct to consumer E-Commerce), Anime Network (Cable SVOD) and Sentai Studios (localization and studio services). Sentai’s diverse library includes thousands of hours of hit titles and classic series including MADE IN ABYSS, Akame ga Kill, I’m Quitting Heroing, Food Wars!, Clannad, Is it Wrong to Try to Pick Up Girls in a Dungeon?, High School of the Dead, Girls & Panzer, No Game No Life, K-On!, Ya Boy Kongming! and Parasyte -the maxim-.