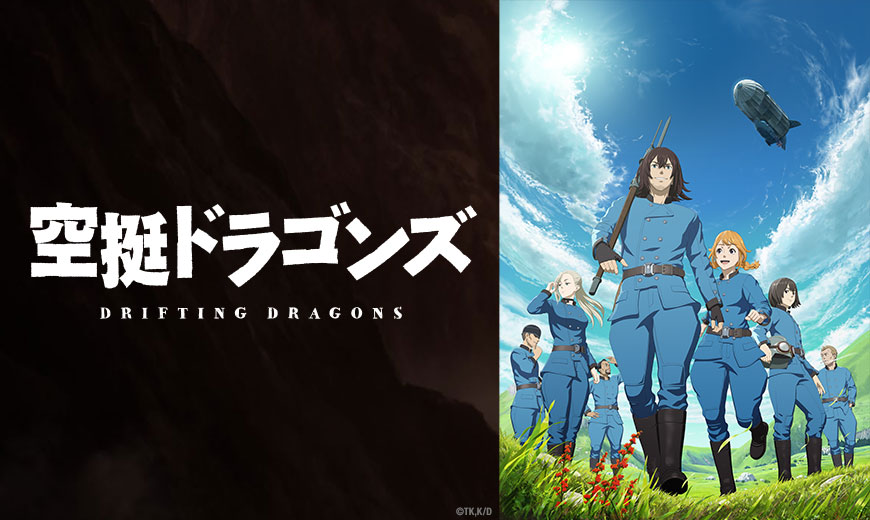 HOUSTON, TX — August 20, 2021 — Sentai announced today that it acquired rights to highflying fantasy anime Drifting Dragons, produced by Polygon Pictures (Ajin: Demi-Human) and based on the manga of the same name by Taku Kuwabara.

The Quin Zaza airship sails the skies in pursuit of the deadliest (and tastiest) magical monsters in the blue: DRAGONS. While most people fear these scaly beasts, the crew of the Zaza specializes in bringing them down to earth to offer the world the medicine and food only dragons can provide. It’s a tough living, and the price for failure is all too often death, but the rewards for success are riches immeasurable — not to mention the most delicious cuisine around!

Drifting Dragons stars Tomoaki Maeno (Log Horizon) as Mika, Sora Amamiya (Punch Line) as Takita, Soma Saito (Is it Wrong to Try to Pick Up Girls in a Dungeon?) as Jiro and Kana Hanazawa (Senryu Girl) as Vanabelle.