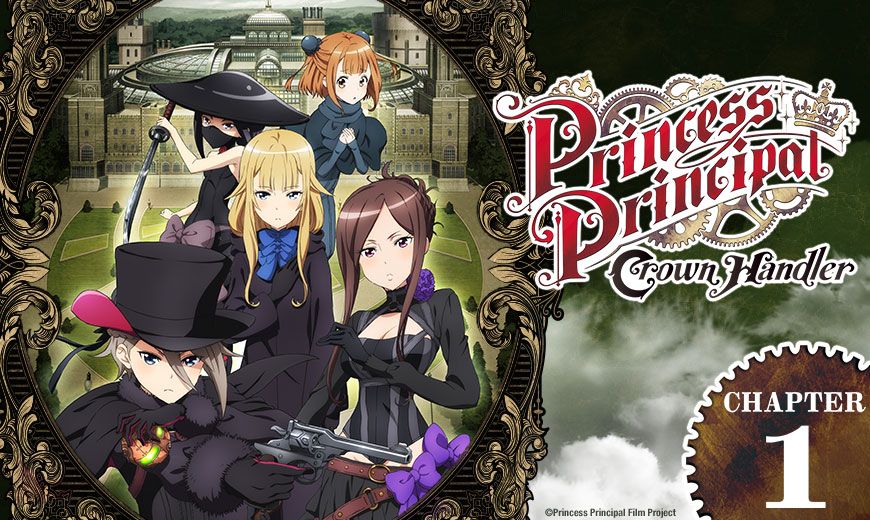 HOUSTON, TX — May 6, 2021 — Sentai announced today that it acquired distribution rights to the Princess Principal: Crown Handler, a new film series based on the hit franchise of the same name. Sentai will distribute the films to audiences in the Unites States, Canada, United Kingdom, Ireland, Australia, New Zealand, Latin America, Nordics, Scandinavia, the Netherlands, Spain and Portugal.

Following the attempted assassination of the Queen, manhunts for spies become a frequent occurrence within the Kingdom. In response, Control — the Commonwealth’s covert operations group — begins to suspect the presence of a double agent within the Kingdom’s royal family. In order to reveal the truth, Control dispatches spy ring “Team White Pigeon.” But danger lurks around every corner, and when you don’t know who you can trust, being a spy has never been more perilous for Ange and the rest of Team White Pigeon.

Princess Principal: Crown Handler is a production of studio Actas (Girls und Panzer) and is directed by Masaki Tachibana (Barakamon). Yuki Kajiura (Demon Slayer) composed the film’s score. The series stars Aoi Koga (Kaguya-sama: Love is War), who has taken up the role of Ange, alongside returning seiyuus Akira Sekine (Tanaka-kun is Always Listless) as Princess, You Taichi (Akame ga Kill!) as Dorothy, Akari Kageyama (Himouto! Umaru-chan) as Beatrice and Nozomi Furuki (Kids on the Slope) as Chise.

Sentai brought the original Princess Principal anime series to audiences in Summer 2017. The first part of the six-part series is scheduled to launch on select streaming outlets in Spring 2021.