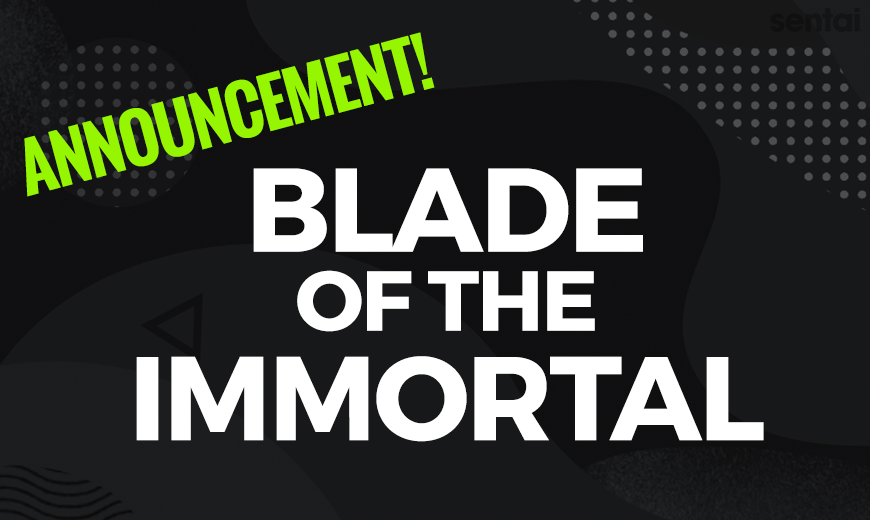 Sentai Spears “Blade of the Immortal”

HOUSTON, TX — October 15, 2020 — Sentai announced today that it acquired distribution rights to Blade of the Immortal, the anime series based on the manga of the same name, for audiences in the United States, Canada, the United Kingdom, Ireland, Australia and New Zealand together with Latin America and Nordic countries.

Manji, the Slayer of Hundreds, has been cursed with eternal life — but in the dark of his existence shines a final glimmer of hope. If he can slay 1,000 evil men, Manji will finally be able to end his life of infinite misery. When a young girl named Rin asks him to help her take revenge on the group of master swordsmen who slaughtered her family, Manji finds some resemblance to his lost younger sister in her and decides to come to her aid.

Blade of the Immortal will be released on home video in Winter 2021 and streamed on select digital outlets at a later date.