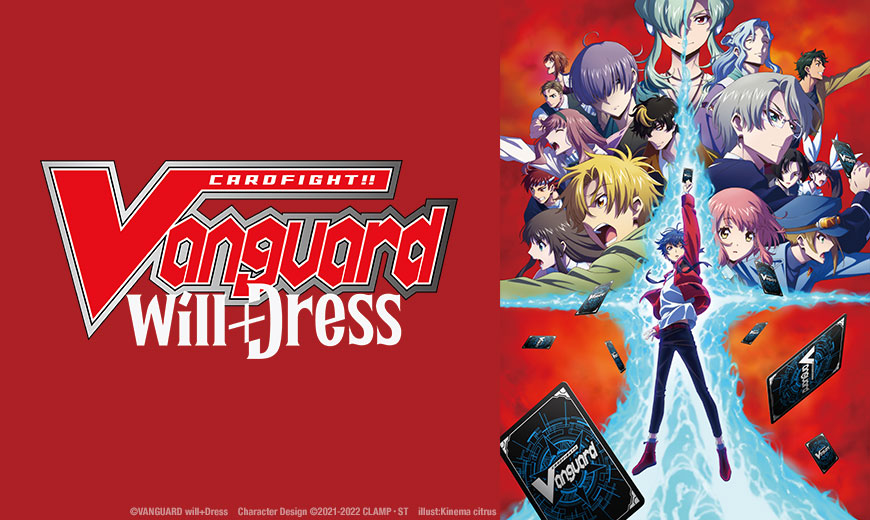 HOUSTON, TX — July 1, 2022 — Sentai announced today that it acquired rights to CARDFIGHT!! VANGUARD will+Dress, the follow-up to the 2021's CARDFIGHT!! VANGUARD overDress series, for select English-speaking countries including USA, Canada, UK, Australia and New Zealand, for select Spanish-speaking Latin American countries, and for select Nordic countries. The series will stream on HIDIVE as part of the Summer 2022 simulcast season, where fans can enjoy both series.

From trading card and collectibles hitmaker, Bushiroad (Revue Starlight, BanG Dream!), and with production by Kinema citrus (MADE IN ABYSS, Star Wars: Visions), Gift-o’-Animation, and STUDIO JEMI, this latest installment of the Cardfight!! Vanguard franchise is sure to deliver as it adds more than a dozen new players to the mix. Teen runaway, Yu-yu, whose empathy is matched only by his inability to say no to others, meets Megumi Okura. Megumi invites him to a mysterious destination, Dreamland Wonder Hill amusement park. There, he discovers intensely competitive groups like Team Blackout gather to play an exhilarating and alluring game called Vanguard. Yu-yu is drawn into this world of high stakes competition where he must balance new friendships against his drive for victory.