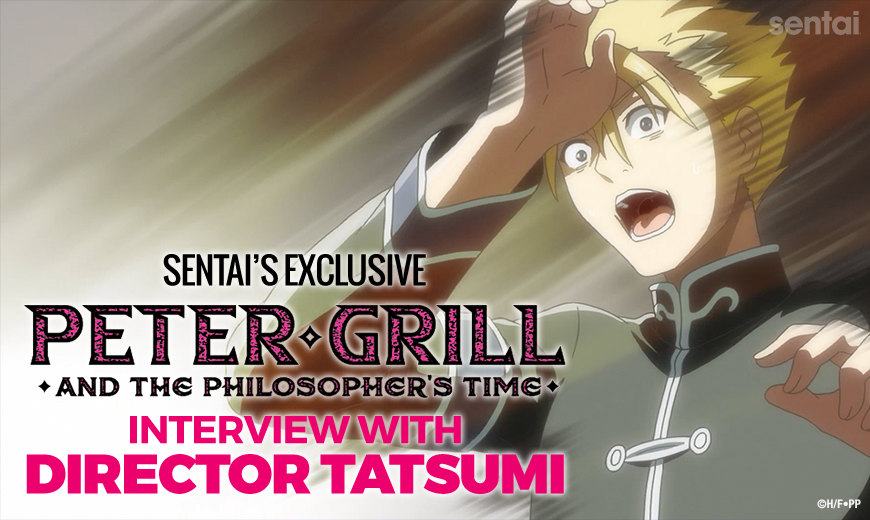 Are you enjoying Peter Grill and the Philosopher’s Time so far? Then your pals at Sentai have a treat for you! Director Tatsumi took some time from his busy schedule for an exclusive Peter Grill interview where we picked his brain about the series.

Director Tatsumi is an animator, character designer, and animation director. “Tatsumi” is a collective pseudonym he uses when working as a director.

He made his debut as an animator and has worked on several classic series as a member of the animation team. Meanwhile, many adult animations have been produced under the name “Tatsumi.” He is known as a master and represents Japan in the world of adult animation. 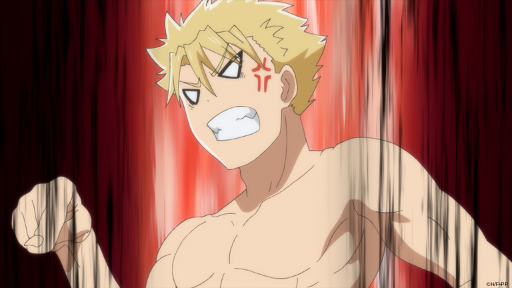 Everything began when our planning producer introduced me to the original manga and approached me with the offer. To be honest, I turned him down at first. At the time, I’d already finalized the details of my next adult animation project.

However, the producer who had hired me for the adult animation said, “We can put this project on the backburner. I think you should try your hand at making a TV anime.” He also happens to be an old friend of mine, and his encouragement played a significant role in my decision to direct Peter Grill and the Philosopher’s Time.

As you can imagine, there are regulations for anime broadcast on television. The need to ask for confirmation in regard to how explicit we can be with the sexy scenes has arisen significantly more often compared to projects I’ve handled in the past. I think that aspect was difficult for me.

Sex is depicted openly in adult animation, whereas the original Peter Grill and the Philosopher’s Time manga avoids this almost entirely. I think hiding the graphic details involved in sex is what sets the series’ appeal as a comedy apart from the rest. Having said that, we want to emphasize the charm and sexiness of the female characters. Figuring out how to achieve that balance has been a point of contention since the planning stages.

In addition, we can’t make an anime adaptation without input from the original author, Mr. Daisuke Hiyama. The fact that Mr. Hiyama is a very gracious man and trusted us with creative control was a huge help. In my opinion, a TV anime needs to contribute to the original manga by boosting its popularity and increasing its sales, if only a little. By creating this anime, I hope I can return Mr. Hiyama’s trust in that tangible sort of way. 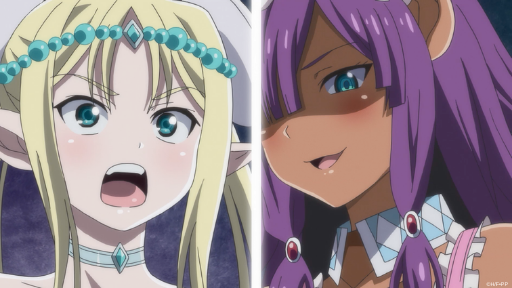 I heard about the promotional video we had uploaded to YouTube being deleted. I figured a member of our marketing team had purposely deleted it in order to create a buzz. Turns out that wasn’t the case. I’m worried that the broadcast could get cancelled, too. I can’t help but wish our society would be a little more open-minded in regard to depictions of sexuality. As someone with a soft spot for women, that type of portrayal is an expression of love and respect for the charm and beauty they possess. Plus, aren’t all human beings at least somewhat curious about sex?

If I’m given the responsibility of making an anime based off of an existing source, my goal is to evoke as much of that original charm as possible and use it to create images on the screen. With the permission of Mr. Hiyama, we’re introducing scenes unique to the anime. However, the same concept applies: For Peter Grill and the Philosopher’s Time, we’re trying to avoid straying too far from the fundamental elements of the original.

Improving upon or adding details to the original manga is never our main focus, even while drawing the characters. Although they aren’t necessarily perfect in a technical sense, some of the manga panels have an incredible charm to them. The question is, how much of that charm are we able to incorporate while transforming those images into a moving animation? I think my mindset surrounding this idea has been at least partially influenced by the talented people at Mushi Pro and Toei Animation. 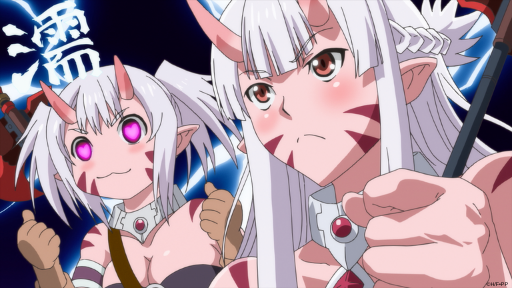 An ordinary TV anime falls within a timeframe of approximately 25 minutes. However, Peter Grill and the Philosopher’s Time clocks in at roughly 15 minutes. Despite being short, the series has been condensed in a way that preserves its appeal. Increasing its runtime would run the risk of having the opposite effect and diminishing its appeal. For an anime of its kind, 15 minutes seems to be the perfect length.

However, because of its length, we want to avoid slapping together a bunch of scenes and creating a summarized version of events. After dedicating a large portion of an episode to the stuff we want to show, how do we wrap things up within our time limit? It’s a question that our scriptwriter, Nora Mori, and I discussed in great detail.

There’s no denying that Peter does lousy things. However, he treats women with kindness. He doesn’t view them as objects or use them as an outlet for his sexual urges. His behavior towards all of the women he comes into contact with is the very definition of chivalrous. The cheating isn’t something he initiates voluntarily. When Peter loses himself in the heat of the moment, we’re able to depict it in a humorous way because of who he is as a person.

We received pushback on a script from the original author only once. Peter was supposed to poke a girl on her head in a joking way. Mr. Hiyama commented that “the hero would never hit a girl,” so we gave the scene a complete overhaul. Everyone seems to be acutely aware of the fact that Peter is a nice guy — for better or for worse. This is probably why women like Piglette Pancetta, for example, have found themselves deeply infatuated with him.

Physically, Peter is the strongest. Mentally and emotionally, he’s weak. With countless religions and ideologies across the world, audiences might receive him differently depending on their background. Still, my hope is that we’re able to entertain as many people as possible. 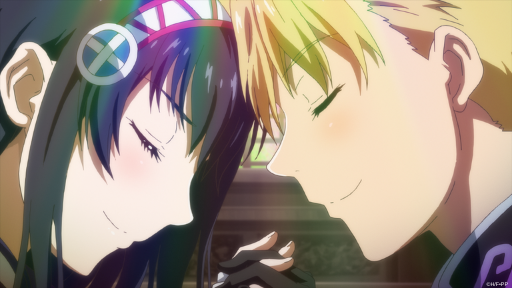 What will become of Peter and Luvellia? It’s an interesting question — one that I’ve kept in mind throughout the production process. Hints of my own thoughts regarding the origin and eventual conclusion of their relationship can be seen in the scenes unique to the anime.

And then, there’s the fact that Luvellia is completely clueless on the topic of sex. But what about her physical instincts? Haven’t those feelings tipped her off? The series includes a couple of scenes that explore this idea, too. I hope the viewers at home come up with their own interpretations.

We also adjusted certain things and added scenes once the voice actors had been chosen. For example, Ms. Ayana Taketatsu plays the role of Mimi Alpacas. We tweaked several aspects of Mimi’s character to match Ms. Taketatsu’s cute and bubbly personality. Ms. Taketatsu had originally come to audition for Luvellia, but we asked her to read for Mimi. She improvised almost everything and nailed the role.

Much like a live-action film, the characters’ charm changes based on the actors who play them. I think audiences are able to pick up on those subtle quirks, regardless of any differences in language or nationality.

The main character, Peter Grill, is a serial cheater — but he’s a good guy at heart. He’s a total loser, but it’s hard not to like him. That might be the most accurate way to describe him.

Try giving him a chance. My hope is that you’ll end up cheering him on, despite any bitter laughter his antics may cause. Peter’s weaknesses reflect the same type of weaknesses that everyone struggles with. If you’re able to accept him for who he is rather than judge him based solely on those weaknesses, then my work as director has paid off.

Enjoy our Peter Grill Interview? Catch the Series on HIDIVE! 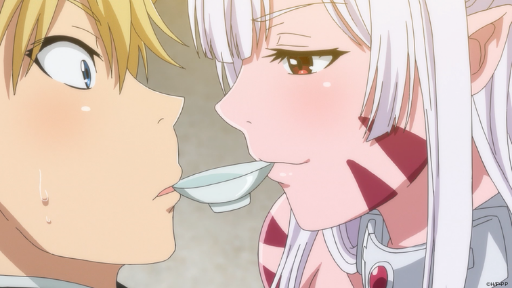 We hoped you enjoyed this exclusive insight into Peter Grill and the Philosopher’s Time as much as we did and we thank Director Tatsumi for taking the time away from his busy schedule.

And remember, you can catch Peter Grill and the Philosopher’s Time on HIDIVE along with its brand new English dub!