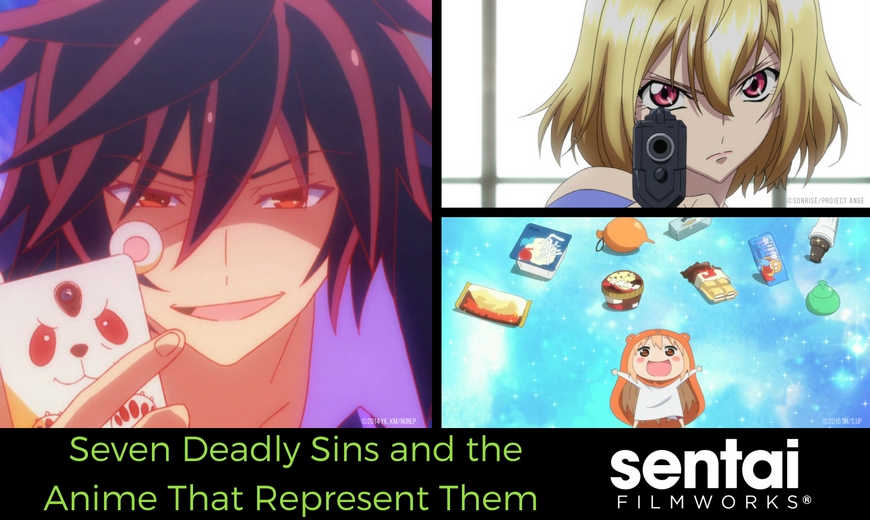 Seven Deadly Sins and the Anime That Represent Them

Perfection is often overrated, in fact, it’s nigh impossible. Thus, it can sometimes be cathartic to embrace the traits that, for better or worse, put the human in humanity. These anime, and their characters, take pride in their more human (and sometimes not so human) nature. They have nothing to be ashamed of, because their perfect imperfections make them the characters and shows we love! 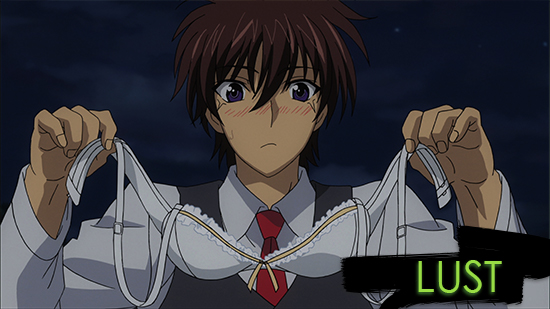 The protagonist Akuto Sai, pictured above, just wants to be a good guy; in fact, he wants to be a priest! However, despite his best intentions, the announcement that he would become the Demon King kind of makes it difficult to do good - because everyone is terrified of him! The only exception, of course, are a few… interesting girls at his school. With characters in various states of undress, panty shots, and even an android with a bunny-tail off button, this show is definitely inhabited by the spirit of lust.

Pride - No Game, No Life 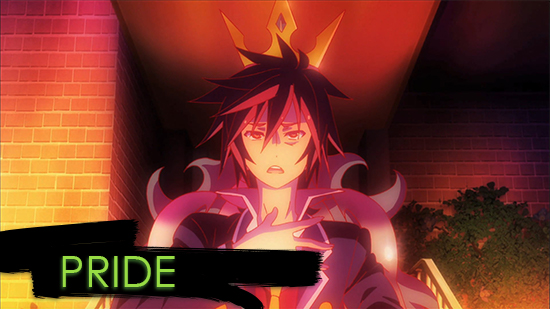 Within the realm of games, the brother-sister team of Sora and Shiro have reason to be proud of themselves. When you’re unbeaten, pride can become an issue, and Sora in particular is guilty of it. Almost always certain of victory, Blank is a prime example of pride without, as of yet, a fall. 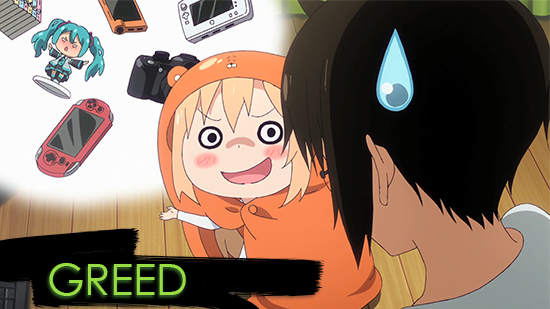 “GIVE ME ALL OF THE THINGS!” That might as well be Umaru’s mantra. This little sister has a double life: in public, she’s almost perfect, but at home, she’s lazy and entitled. Umaru could be considered the embodiment of a few sins, but considering she always wants more manga, figures, games and junk food, greed seems the closest fit for this lazy hamster. 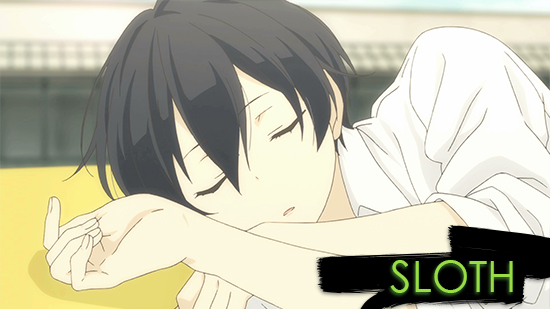 There is no other anime that exemplifies the sin of sloth as perfectly as Tanaka-kun is Always Listless. The entire show revolves around a boy who literally wants to sleep and do nothing. Of course, life isn’t that easy, and he has to cope with troublesome things like eating and going to school. Poor Tanaka continues to accumulate commotion in his life as he meets new friends that are anything but relaxing. 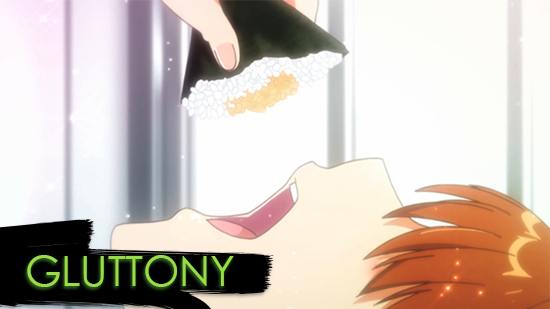 It’s tough to refrain from reaching into the screen to grab a bite of the delectable dishes that every episode of Gourmet Girl Graffiti brings to the table. With a focus on the very act of eating, this slice of life (what an appropriate genre) is a sinfully tasty treat that will have you craving more. 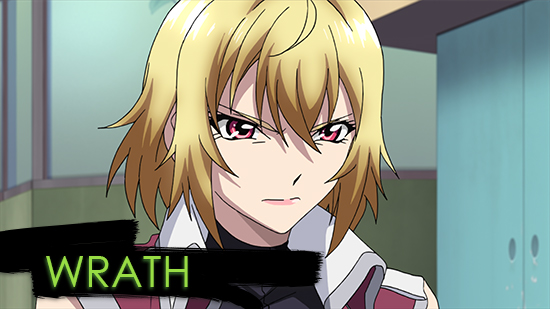 If any character has a right to be wrathful, it’s the one above. With her entire life and family taken from her, the clueless Princess Angelise becomes the fierce Ange. Despite the scary stare, even Ange’s initially misplaced fury is righteous, enabling the impressive character growth that is one of the show’s best aspects.

Envy - When They Cry 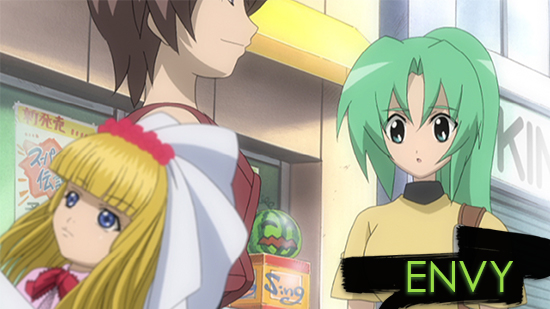 Captain of the yandere (aka: the I-love-you-so-much-I’m-going-to-kill-you) ship, When They Cry is a combination of a lot of sins. One of the more memorable scenes, however, is when Mion (we’ll call her Mion for the time being) clearly wants a doll that Keichi gives to Rena. That creates a violent domino effect, all because of envy.

BONUS: All of the Above - Trinity Seven 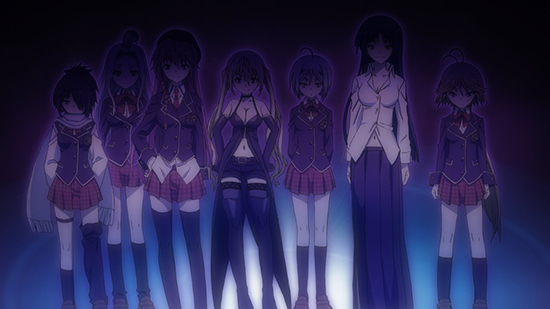 This show runs the gambit of all seven sins. Not only is the main character, Arata Kasuga, shamelessly perverted, but the girls at the secret school he attends are the Trinity Seven - seven mages that utilize Archives corresponding to the seven sins.  If you need a taste, have a look at this dub teaser:

These titles prove that even the worst sins can beget the best stories. Let us know which anime sin you’re guilty of on Facebook, Twitter, Tumblr, and Google+!