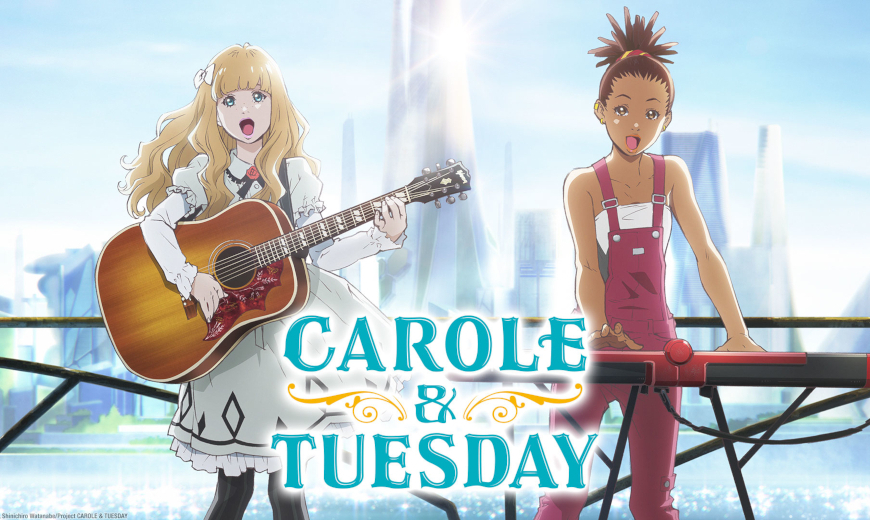 In the not too distant future, AI-generated music dominates entertainment on Mars, where the cutthroat music industry churns out dozens of plastic stars manufactured for mass appeal. It is here that Carole Stanley, an aspiring singer and orphaned teenage refugee from Earth, struggles to makes ends meet with odd jobs all the while dreaming to become a musician. That dream suddenly comes closer to reality when she meets fellow teen Tuesday Simmons, who is also a wannabe musician. Tuesday has her own set of problems, but their troubles fade away when they band together to write music the old-fashioned way in defiance of AI-generated convention. With the winning combination of Carole’s keyboard, Tuesday’s guitar and their vocal harmony, this powerhouse duo take on the Martian music world together—but life in the big city isn’t always kind to naïve young hopefuls like Carole and Tuesday.

Carole & Tuesday received numerous accolades during its original release including the award for “Best Score” along with nominations for “Anime of the Year” and six other categories at the 4th Annual Crunchyroll Anime Awards. The Verge called it “…wholesome, hilarious, heavy and heartwarming.” Thrillist described it as a “…gorgeously animated, delicate show…” Kotaku dubbed it “…A Must-Watch Anime…”  IGN named it “…one of the most thematically ambitious works in anime in the past decade…” and Birth.Movies.Death. praised it as “…a powerful reminder of how music can act as a means to connect and understand, not just entertainment…”

Sentai is a leading global supplier of anime content and official merchandise dedicated to bringing captivating stories and iconic characters directly from Japan. Sentai’s brands include HIDIVE (direct-to-consumer streaming), SentaiFilmworks.com (direct to consumer E-Commerce), Anime Network (Cable SVOD) and Sentai Studios (localization and studio services). Sentai’s diverse library includes thousands of hours of hit titles and classic series including MADE IN ABYSS, Ya Boy Kongming!, Akame ga Kill!, Food Wars!, CLANNAD, The Executioner and Her Way of Life, Is it Wrong to Try to Pick Up Girls in a Dungeon?, High School of the Dead, Girls & Panzer, No Game No Life, K-On!, I’m Quitting Heroing and Parasyte -the maxim-.