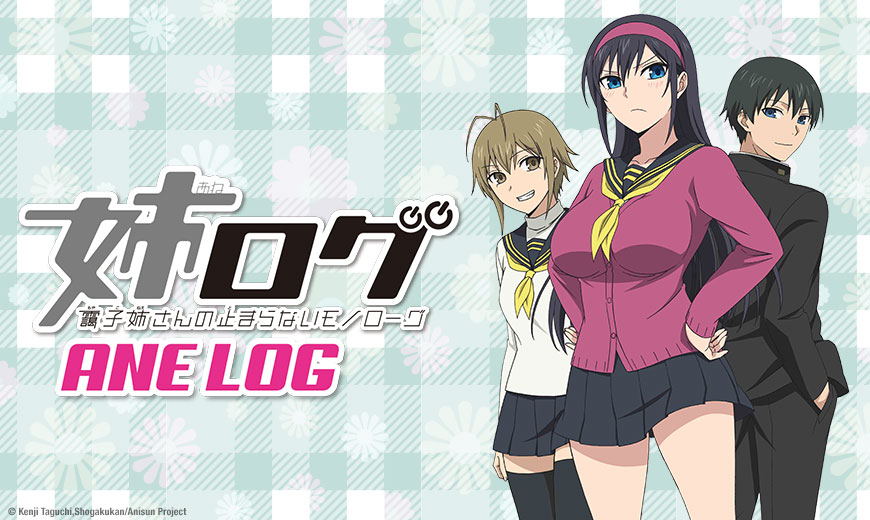 Kids say the darndest things, and in Moyako’s opinion, her brother says the strangest things of all! An innocent childhood declaration that he’d one day marry her has convinced Moyako that her brother will grow up to be a total perv, and now she reads the worst into their every interaction. Surely it’s a big sister’s job to rehabilitate her little brother, right? Only Moyako might not be up to the task, because she’s the one turning otherwise innocent situations into perverted scenarios!

The Ane Log OVA is produced by Studio Brain’s Base (My Teen Romantic Comedy SNAFU, One Week Friends, My Little Monster) and is directed by Tetsuo Ichimura (episode director for High School of the Dead, Bleach, Durarara!!) with series composition from Natsuko Takahashi (Cutie Honey Universe, My Love Story!!, Love and Lies).

Sentai will stream the Ane Log OVA collection in association with select digital outlets with a home video release to follow.