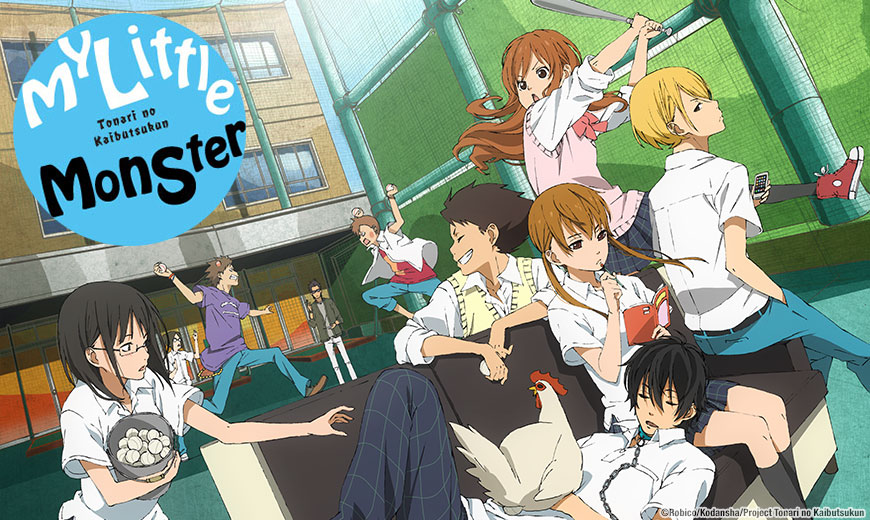 Sentai Cozies Up to “My Little Monster”

HOUSTON, TX — April 19, 2021 — Sentai announced today that it acquired distribution rights to My Little Monster, a romcom anime series based on the manga of the same name, for audiences in the United States, Canada, United Kingdom, Ireland, Australia, New Zealand, South Africa, Latin America, Spain, Portugal, Turkey plus all Nordic and Scandinavian countries.

Standoffish, reclusive Shizuku Mizutani cares far more about earning stellar grades than cultivating friendships. But her opinions on friendship and relationships begin to change when she meets habitual truant Haru Yoshida, who happens to have a rather fearsome reputation. Like Shizuku, Haru’s reputation has made it difficult to make friends. And yet through their budding friendship and stirrings of attraction the unlikely pair learns to understand one another, the world around them, and the tenor of their own emotions.

My Little Monster is a production of Studio Brain’s Base (My Teen Romantic Comedy SNAFU, One Week Friends, Into the Forest of Fireflies’ Light) and is directed by Hiro Kaburagi (Hozuki’s Coolheadedness, Great Pretender, 91 Days). Noboru Takagi (Boccano!, Durarara!!, Kuroko no Basket) penned the script and provides series composition. The series stars Haruka Tomatsu (Waiting in the Summer, To LOVE Ru, Sword Art Online) as Shizuku Mizutani and Tatsuhisa Suzuki (Beyond the Boundary, Free!, The Seven Deadly Sins) as Haru Yoshida.

Sentai will stream My Little Monster in association with select digital outlets.