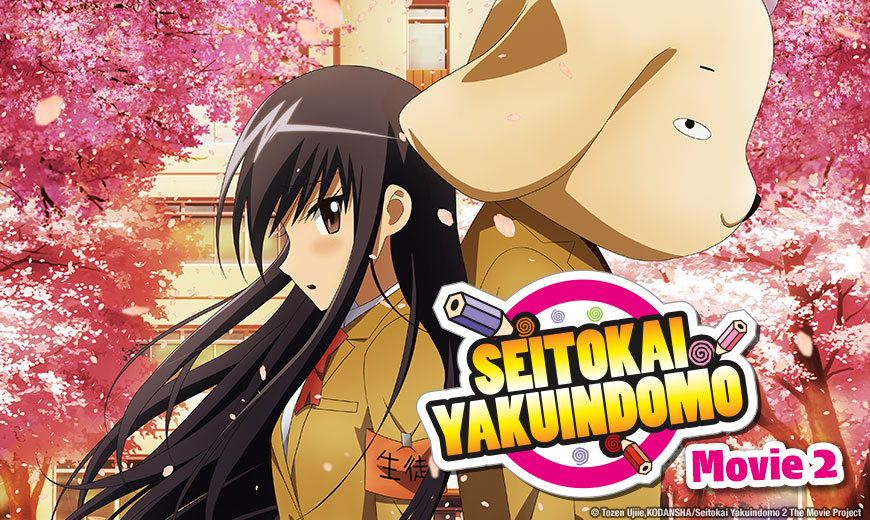 The cast of Seitokai Yakuindomo is back and ready to quip! In this companion film that follows season 2 of the zany, irreverent Seitokai Yakuindomo anime series, the Ousai Private Academy student council must again grapple with a mix of double-entendres and doubly potent teen hormones as they integrate boys into a previously all-girls school.

Seitokai Yakuindomo 2 The Movie will be released on home video and streamed on select digital outlets.