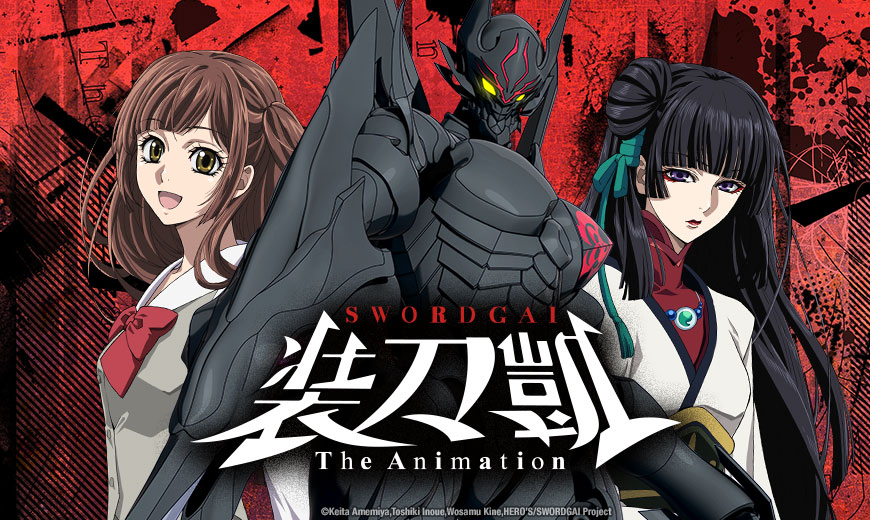 In this world, sentient, powerful swords rain death on a powerless populace. Gai Ogata’s parents are murdered by Shiryu, a cursed blade with an endless thirst for blood. From childhood, Gai is transfixed on Shiryu, training as a blacksmith in hopes of someday surpassing the sword’s deadly guile with a creation of his own. But when another tragic turn of events costs Gai his arm, his master repurposes Shiryu into an unconventional prosthetic, binding Gai to the bloodthirsty weapon permanently. Now Gai must learn to control the sword’s most violent impulses before he faces Zsoltgewinn, the legendary sword so powerful that no mere human can wield it — and only one of these legendary blades will come away from the clash victorious.

SWORDGAI The Animation will be released on home video.