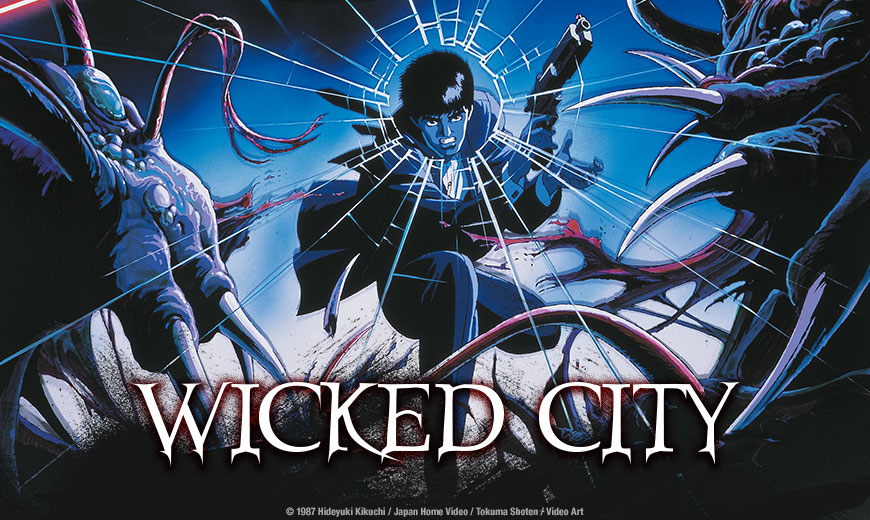 HOUSTON, TX — August 12, 2020 — Sentai announced today that it acquired rights to Wicked City, the acclaimed psychological horror feature directed by Yoshiaki Kawajiri and based on the novels by Hideyuki Kikuchi, creator of Vampire Hunter D, for audiences in the United States, Canada and Mexico.

Beyond the boundaries of our ordinary existence lies a dark and dreadful parallel world where   demons dwell and humans dare not tread. For centuries, peace has existed between our world and theirs. To preserve that fragile balance and to ensure the survival of humankind, a new deal must be brokered, but dark and powerful forces lust to destroy the accord. When a militant group rises from the shadows, two elite agents are mobilized to counter the destructive forces and preserve the balance of our universe.

From studio Madhouse (No Game, No Life, High School of the Dead) and the mind of Hideyuki Kikuchi, the creator of Vampire Hunter D, comes a dark, gory and explicit tale of demons and forbidden romance directed by Yoshiyaki Kawajiri (Vampire Hunter D, Ninja Scroll), whose work on the film was dubbed “stylish and erotic, exciting in its limited confrontations and provocative in its ambition” by Richard Harrington of The Washington Post. The OVA stars Toshiko Fujita (Glass Mask, Chihayafuru) as Makie, Yusaku Yara (Legend of the Galactic Heroes, Gintama) as Take Renzaburo and Ichiro Nagai (Demon City Shinjuku, Mobile Suit Gundam) as Giuseppe Mayart.

Wicked City will be made available on select digital outlets.