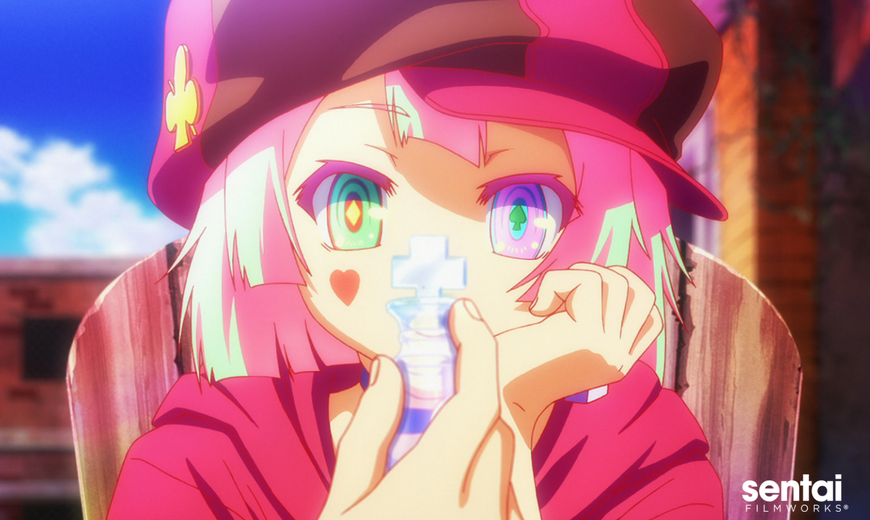 HOUSTON, SEPTEMBER 8, 2017 – No Game No Life Zero will kick off its distribution to U.S. audiences for a special two-day Fathom Events showing in movie theaters nationwide on October 5 and 8. Tickets and more information are now available at nogamenolifezero.com.

Moviegoers will get to experience the full feature as well as a special introduction, director commentary, voice actor commentary and more, created exclusively for audiences of this two-day screening.

The Japanese audio with English subtitle screening will take place on Thursday, October 5, 2017.

The highly-anticipated feature No Game No Life Zero is the prequel story to the fan-favorite 2014 anime series, No Game No Life. The story takes place 6,000 years before Sora and Shiro were even a blink in the history of Disboard. War consumed the land, tearing apart the heavens, destroying stars, and even threatening to wipe out the human race. Amid the chaos and destruction, a young man named Riku leads humanity toward the tomorrow his heart believed in. One day, in the ruins of an Elf city, he meets Schwi, a female exiled "ex-machina" android who asks him to teach her what it means to have a human heart.

For more information, to purchase tickets to a No Game No Life Zero screening near you, visit nogamenolifezero.com.

Fathom Events is recognized as the leading domestic distributor of event cinema with participating affiliate theaters in all 100 of the top Designated Market Areas®, and ranks as one of the largest overall distributors of content to movie theaters. Owned by AMC Entertainment Inc. (NYSE: AMC), Cinemark Holdings, Inc. (NYSE: CNK) and Regal Entertainment Group (NYSE: RGC) (known collectively as AC JV, LLC), Fathom Events offers a variety of one-of-a-kind entertainment events such as live, high-definition performances of the Metropolitan Opera, dance and theatre productions like the Bolshoi Ballet and National Theatre Live, sporting events like “Canelo Álvarez vs. Julio César Chávez, Jr.,” concerts with artists like Michael Bublé, Rush and Mötley Crüe, the yearlong TCM Big Screen Classics film series, inspirational events such as To Joey With Love and Facing Darkness, and anime titles such as Princess Mononoke and Spirited Away. Fathom Events takes audiences behind the scenes and offers unique extras including audience Q&As, backstage footage and interviews with cast and crew, creating the ultimate VIP experience. Fathom Events’ live digital broadcast network (“DBN”) is the largest cinema broadcast network in North America, bringing live and pre-recorded events to 897 locations and 1,387 screens in 181 DMAs. For more information, visit www.fathomevents.com.