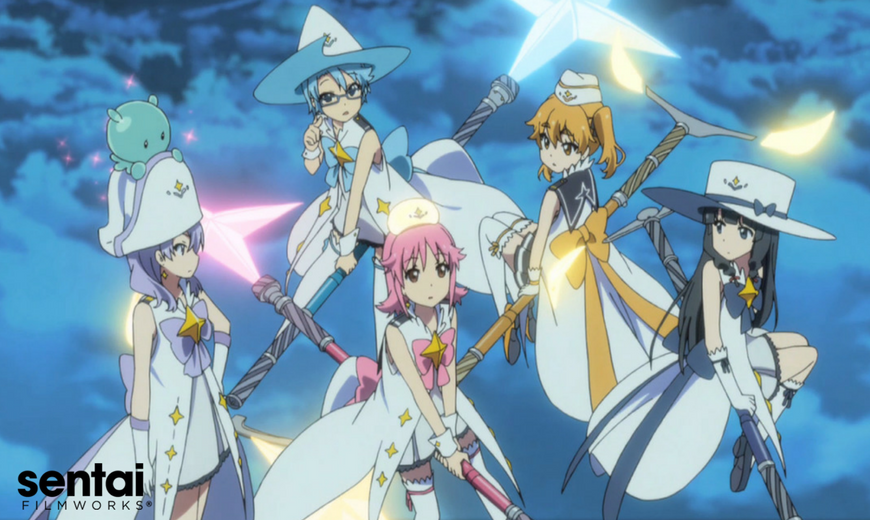 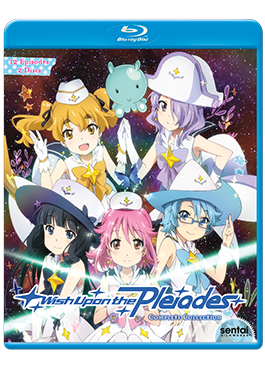 Wish Upon the Pleiades

When Subaru goes to her local observatory to prepare for an upcoming meteor shower, she ends up seeing far more of the stars than she expected. Instead of a simulated viewing of astronomical phenomena, she gets recruited to take part in a fantastic adventure with a mysterious young man, a bizarre alien creature, and a group of girls dressed in cute, magical garb. Together with the other girls (who are suddenly and strangely members of Subaru's school), Subaru becomes part of a clandestine effort to retrieve fragments of an alien spaceship! However, the fragments are being scattered all over the universe. Time is limited, and the girls face a nemesis who is seeking to gather all the parts for himself! The space race is on, and the sky is no longer the limit as the legendary animation studio GAINAX sets Subaru's eyes on the stars in WISH UPON THE PLEIADES! 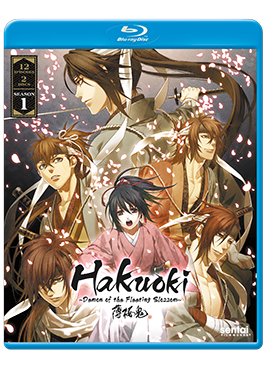 Chizuru Yukimura's father has created a magical elixir that increases the user's strength, speed and ability to heal. However, now he's disappeared, and the quest to find him will lead Chizuru on a deadly journey to strife-torn Kyoto, where the forces of the Shinsengumi and the vampire-like Furies are engaged in a brutal shadow war. It's a perilous quest, and disguising herself as a man will hardly be sufficient protection against the many dangers ahead. Fortunately, Chizuru is no ordinary girl, and her fate is about to become inextricably intertwined with the destinies of Shinsengumi Vice commander Toshizo Hijikata and his elite force of swordsmen. Swords clash and nightmarish creatures rule the night when historical fact and supernatural fiction combine in the epic series Hakuoki!