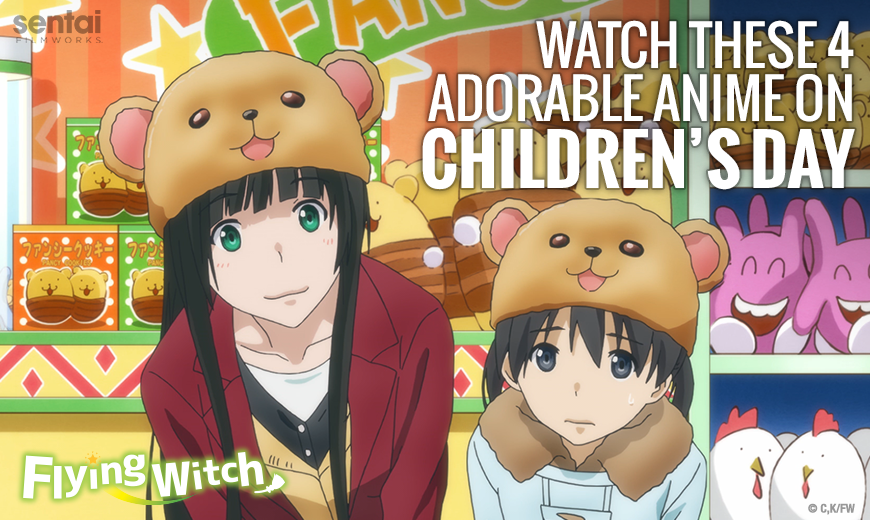 Children view the world differently than adults. They may lack the life experience of an adult, but they have a sense of wonder and clarity that most adults do not.

In honor of Children’s Day on May 5th in Japan, your friends at Sentai Filmworks are recommending 4 anime involving kids as essential characters. So break out those carp streamers and chimaki, everyone, and dive right in!

(As always, very minor spoilers ahead.)

Explore Your Town With Mitsuboshi Colors 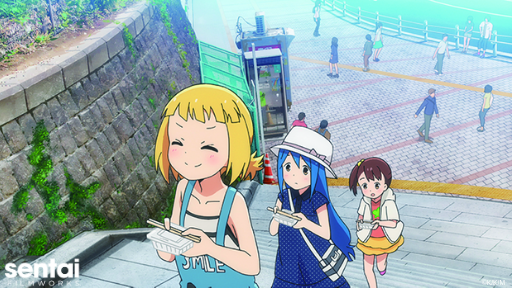 There’s no way we can talk about Children’s Day without mentioning this colorful trio. Yui, Sacchan, and Kotoka are always on the lookout for trouble brewing in their town. It doesn't matter if it involves rocket launchers or saving animals at the zoo; if there’s a misadventure to be had, you can rest assured that these three friends are at the heart of the matter.

Yes, the Colors’ hijinks occur due to their own naive misunderstanding of various situations, but that’s the entire point: They’re children who view the world through a different lens than adults.

That’s why the Colors are so endearing and why their antics never fail to bring a smile to our faces. They treat any situation they’re in with the innocent seriousness only children are capable of, which contrasts with what the viewer actually knows what's going on.

From the viewpoint of an adult, the Colors embody the naive innocence of youth... unless you happen to be an adult police officer named Saito. If you are, then you’ll most likely view the trio as a nuisance. You know, just like how a particular cranky octopus in a particular western cartoon views a particular yellow sea sponge.

We, on the other hand? We find the discrepancy between these two different worldviews to be completely adorable. 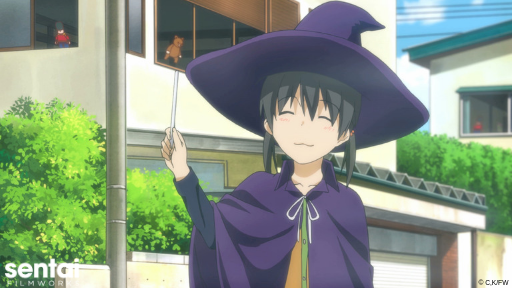 Innocent, magical wonderment is this series' calling card. It's also a hallmark for children, so it’s no surprise that one of the viewpoint characters in Flying Witch is Chinatsu, a child who finds herself drawn into a world she never knew existed when her cousin, Makoto, comes to town.

You see, Makoto happens to be a witch, and she ends up revealing this fact to her younger cousin.

Soon, Chinatsu learns that you can find magic anywhere as long as you know where to find it. Maybe the abandoned house in the middle of nowhere is actually a cafe frequented by magical creatures. And maybe you actually can witness the migration of a meandering sky whale that carries the ruins of an ancient civilization on its back.

Children possess a sense of wonderment lost to most adults, and a child's imagination can conjure fantastical images that, deep within our souls, we wish actually existed in our everyday lives.

But for all the adults out there, fear not: You haven't lost your ability to imagine just because you're a grown up. There’s an argument that children are more imaginative because adults have either forgotten how or discarded that part of them long ago.

So, all you have to do is think back and remember. 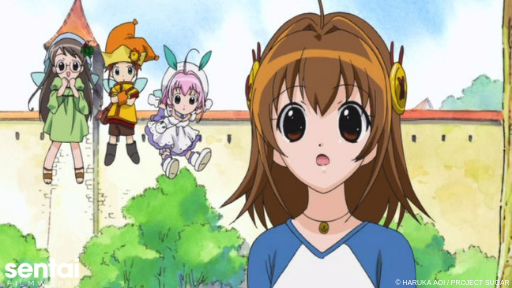 In many fairy tales, children have a knack for seeing what adults always overlook. And so, we find ourselves with Saga, a young girl living in the German town of Muhlenberg.

Saga has a routine that she loves to stick to, and she doesn’t like any deviation from her plan. But her life is going to get a lot more complicated, because she’s about to make two fundamental discoveries that will change everything she thought she knew:

And she has the ability to see them.

She runs into a snow fairy in training called Sugar. She’s trying to find a “twinkle” so she can become a full-fledged snow fairy who can control the weather (three guesses to which kind of weather that will be). Once Saga’s mind adjusts to her new reality, she asks the obvious question: What’s a “twinkle”?

It turns out that is an excellent question because Sugar doesn’t know either. Apparently, a “twinkle” is a “twinkle,” and she’ll know it when she sees it (because that’s helpful…).

And thus begin the adventures of Saga and Sugar as they not only search for a “twinkle,” but also for a way for Saga to deal with all of Sugar’s antics. (The fairy means well, she really does.)

And who knows? Perhaps a “twinkle” is actually all the friends they made along the way. 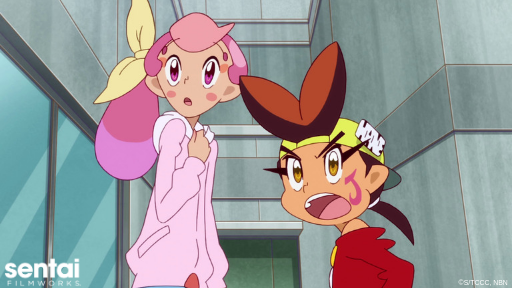 Children are active. Like, very active. They have so much energy, and where they get it all is actually one of life’s greatest mysteries. If you happen to know the answer, please let the rest of us caffeine-reliant humans know.

We want to know what a sunrise looks like again. Please.

Haneru wants to be a dancer, just like Jey, whom he idolizes, and he’s not going to stop until he gets the chance to meet him. The kid’s got some pretty sweet moves, too. For someone his size (don’t tell him we said that) he can JUMP. He also has the typical confidence of youth and does not care what people think of him.

Kanon wants to dance, too, but she feels self-conscious about doing so. Good thing Haneru’s confidence has a way of rubbing off on others. Inspired by her new friend, the two start practicing dance together. This ends up kicking off a chain of events that leads to them joining a bonafide dance crew.

And hey, if Haneru and Kanon can join a dance crew, then surely we can follow their example and finally finish that novel we’ve been dreaming of publishing as well. 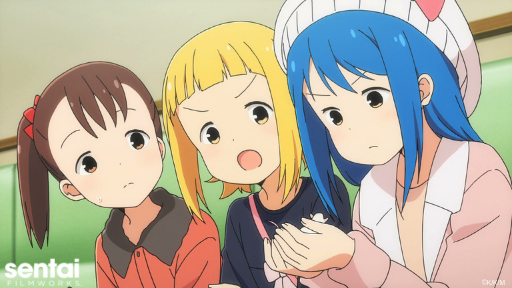 Children may have less life experience, but they can teach us just as much as we can teach them. In honor of this Japanese holiday, embrace that inner child of yours and experience the world through their eyes.

How are you spending Children’s Day? Let us know with the tag @SentaiFilmworks with the social media buttons below and don’t forget to sign up for our newsletter!