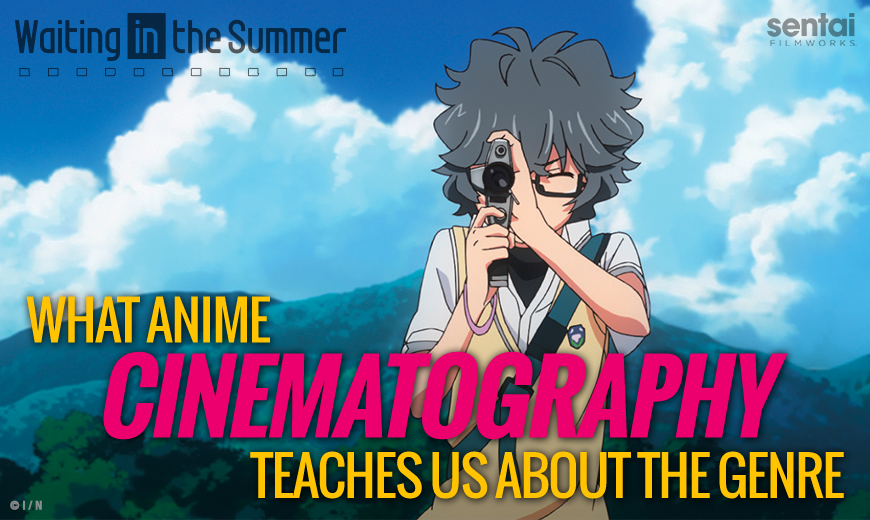 What Anime Cinematography Teaches Us About the Genre

It should come as no surprise that we adore anime. We love anime because it comes in all shapes and styles, which means there’s something for everyone across the many shows in our catalog and beyond.

Whether you want to refer to anime as a ‘medium’ or a ‘genre’ all its own, there’s a perfect show for you out there — but what makes these different series unique, and what can cinematography teach us about anime as a whole? 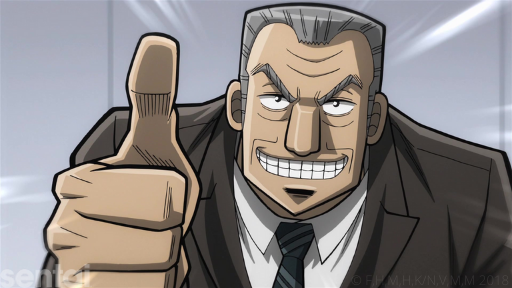 In the comedy series Mr. Tonegawa: Middle Management Blues, an unseen narrator provides a hilarious voiceover for each episode, commenting on the events, scenarios and characters that populate the show’s world. His narration conveys the story’s exposition and provides uproarious commentary on the events onscreen, calling to mind narrator-heavy (if not quite as comedic) classic films like Sunset Boulevard and lots of film noir detective flicks.

But the voiceover also hearkens back to the uniquely Japanese benshi, descendants of kabuki performers who narrated silent movies in the early twentieth century. While the popularity of benshi declined when sound began appearing in film, their presence still lingers in modern anime thanks to the enduring popularity of the voiceover.

Another film technique used in anime cinematography is the static, or stationary, shot. The use of the static shot can be traced back to the work of director Ozu Yasujiro, regarded as one of the most influential directors in the world. In Yasujiro’s “Tokyo Story,” a revered Japanese classic, the camera rarely moves; this stationary camera work is a hallmark of Yasujiro’s films. Anime often uses static shots, and whether that’s a stylistic choice or a choice informed by the limits of hand-drawn animation, the use of the static shot shares its DNA with some of Japan’s most classic movies. 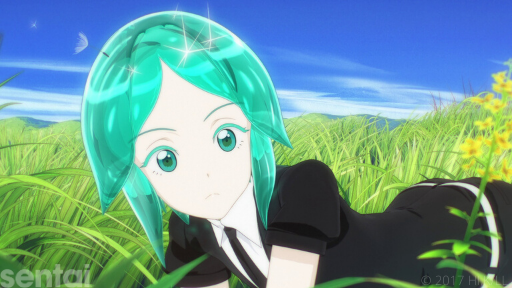 Anime cinematography also teaches us that anime is always evolving. Still shots might be common, but in recent years, CGI technology has allowed anime studios to push the boundaries of what the film techniques used in anime can achieve.

To see this in action, one needs to look no further than Land of the Lustrous, the 2017 fantasy anime that used CGI to its full and most beautiful effect. Originally chosen so the animators could accurately render the characters’ gorgeous gemstone hair and bodies, CGI enabled the animators to create beautiful tracking shots during the show’s highflying and explosive action sequences. Thanks to CGI, these shots are incredibly fluid and smooth, with no loss of detail or inconsistency in the character models.

But Land of the Lustrous never forgot its roots. While CGI character models occupy center stage, backgrounds are largely rendered by hand in a soft, luminous style, seamlessly marrying CGI to traditional animation techniques. Animators blended these styles with such care, many viewers don’t even notice the transition from traditional to CGI art. It goes to show that while anime may evolve, it still appreciates its classic forefathers.

Other Mediums Influence How Anime is Made 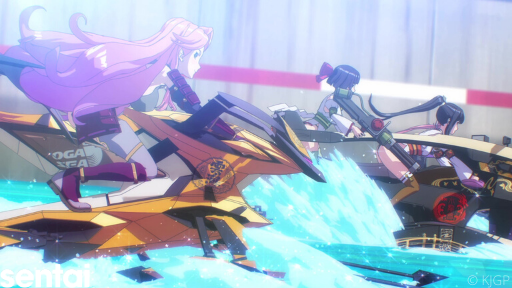 Anime is a distinct art form, but the genre is influenced by other creative mediums in terms of its depicted subjects, cultural influence and — of course — its cinematography. Many anime series are based on manga series, but that isn’t the only other art form that impacts anime today.

Like Land of the Lustrous, Kandagawa Jet Girls uses CGI to bring its pulse-pounding Jet Races to life — but that’s not the only reason CGI appears in the series. Kandagawa Jet Girls is based on a video game for the PS4, and the CGI mimics the feel and style of that video game! By using CGI, the animators employed precise tracking shots and 360 views of the characters as they raced, giving the audience a taste of what they could experience by picking up the game.

Light novels provide another source of inspiration for anime studios, and the results range from swords-and-sorcery epics like Is It Wrong to Try to Pick Up Girls in a Dungeon? to quiet, character-driven dramas like Tsurune, an anime series about kyudo (Japanese archery) practitioners. In both instances, anime studios had to get creative to adapt their stories for the screen, pulling out all the cinematographic stops to render the source material effectively.

But one of the most unique sources of inspiration for an anime series? That’s gotta be the source material for Outburst Dreamer Boys, which was inspired by a vocaloid song! The animators didn’t just use the track for the series’ OP, though. They actually incorporated the song into their anime’s fictional world by using it in a diegetic music cue — AKA, they played the song over a loudspeaker that the characters were listening to. How meta.

Anime Cinematography Shows Us that Anime is a Living Medium 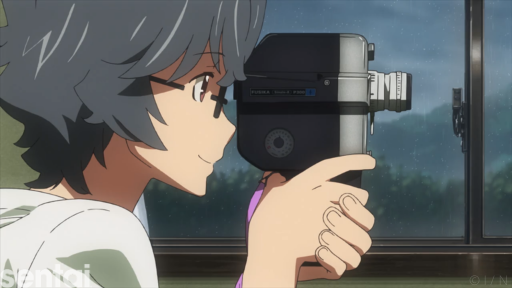 We might not want to spend summer break shooting a movie like the characters in Waiting in the Summer, but we can still appreciate the film techniques used in anime. Whether you enjoy fantasy anime like Land of the Lustrous, comedies like Mr. Tonegawa: Middle Management Blues or anime that explore Japanese culture like Tsurune, there’s something for everyone to love in this broad genre.

After all, anime cinematography is as varied as the tastes of the people who enjoy it. Studying how some of our favorite titles are made can reveal so much about the medium, deepening our appreciation of it — and, in the process, introducing us to all kinds of new shows to love and study.

Want to chat about anime cinematography or the filmmaking in your favorite shows? Tag us on social with @SentaiFilmworks, and don’t forget to sign up for our newsletter!