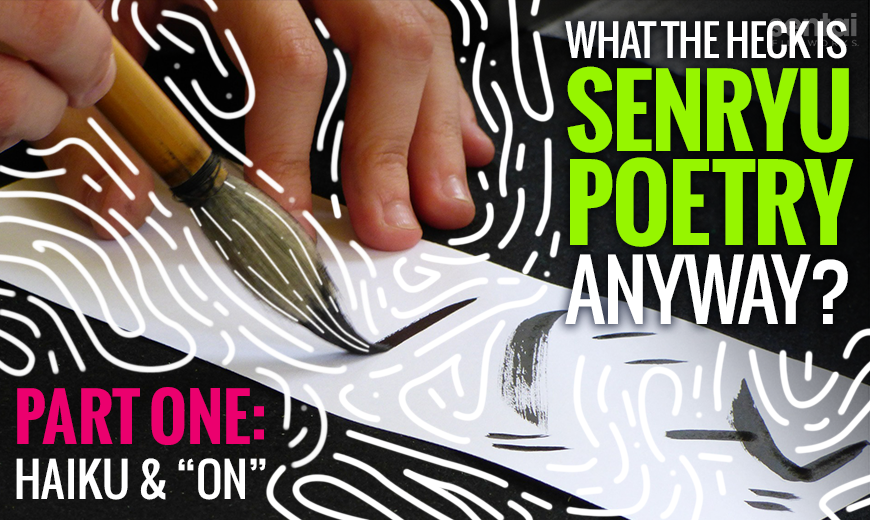 What are Senryu Poems, Anyway? Part One: Haiku & “On”

Like us, you’ve probably been following Nanako Yukishiro’s weekly adventures in Senryu Girl (also known as the Senryuu Shoujo anime), watching as she expresses herself through senryu poetry — but what the heck are senryu poems, anyway? Take a seat and let Sentai-senpai explain! 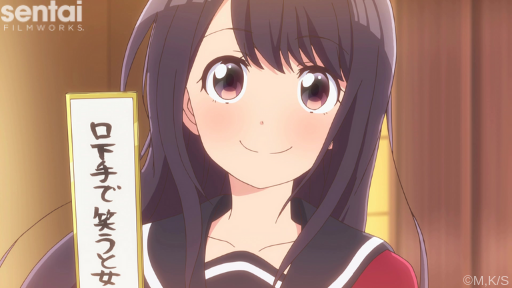 Named after Karai Senryu, the man who popularized the art form during the Edo period, senryu is a form of poetry that closely resembles haiku. However, there are important differences between the two poetry forms that you should know about.

To answer the oh-so-simple “What is senryu?” question, you first need to understand haiku.

You probably learned in the creative writing segment of your 8th grade English class that haiku is a Japanese poetry form comprising three horizontal lines of non-rhyming text. You likely also learned that the first and final lines of a haiku have five syllables while the middle line has seven, for a total of 17 syllables in all. Those are the rules, right?

You see, the above rules do indeed describe a haiku… when it’s written in English. A haiku written in Japanese follows slightly different rules.

For one thing, in Japanese, haiku are often written in one vertical line instead of three horizontal lines. 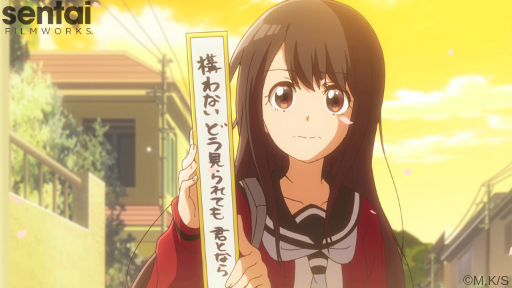 You can see the vertical line we’re talking about on many of Nanako’s tanzaku boards (AKA a Japanese calligraphy board).

And instead of 5-7-5 syllables, Japanese poets incorporate 5-7-5 “on” into their verses — and while “on” often get confused with verbal syllables, syllables and “on” are not the same thing.

Before we dive into “on,” we should mention the obvious — namely that Japanese and English are fundamentally different languages. Consider this: In English, we have one phonetic alphabet, but Japanese has two modern phonetic alphabets (hiragana, katakana) and a logographic writing system (kanji). English speakers don’t have a logographic writing system at all.

This matters because in order to explain “on,” we need to pay attention to hiragana. The concept of “on” is tied to the hiragana alphabet.

This is important because the number of “on” in a word is often different from the number of syllables we use to pronounce that word. Several “on” can be used to construct a single syllable; that’s why if you listen to a Japanese haiku aloud, you’ll notice that they often contain far fewer than the 17 syllables you learned to expect in your middle school English class. 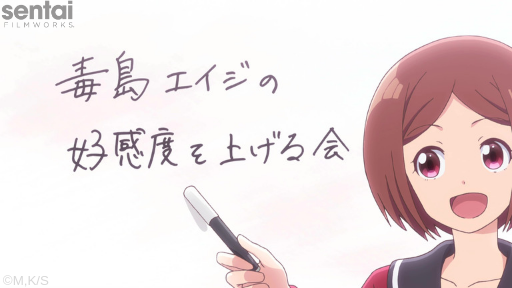 It’s time for a grammar lesson! … hey, don’t run away! We swear this is super interesting!

Let’s use some Japanese place-names to illustrate the concept of “on” in action, starting with the city of “Nagasaki.” Say the word aloud and you’ll hear four distinct syllables (na-ga-sa-ki). In Japanese hiragana, you write the word like this: な.が.さ.き. Each one of those four kana corresponds to an “on,” meaning this word has the same number of syllables as it has “on.” Easy-peasy!

But not so fast. Now let’s take a look at “Osaka.” It’s written like this in hiragana: お.お.さ.か. You’ll notice right away that there are four kana, but when we speak the word aloud, we only hear three syllables (oh-sa-ka). This word might have three syllables, but this word actually has four “on”!

And we’re not finished. Let’s look at the Japanese name for Japan: “Nippon,” written as に.っ.ぽ.ん in hiragana. You’ll notice there are four kana (and therefore four “on”) present, but when pronounced, you only hear two syllables (ni-pon)!

That’s right, people: Some two-syllable Japanese words count for four of the five total “on” allowed on the first and final lines of a haiku! That’s 80% of the first line allotted to a single, two-syllable word! 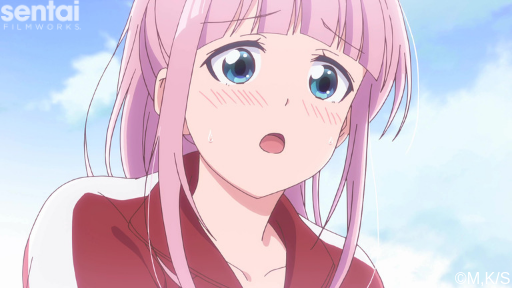 That’s not very many syllables at all!

The difference between “on” and syllables makes translating haiku super tricky. Do you stick to the literal meaning of the Japanese text when you translate, which can result in more or fewer than 5-7-5 syllables, or do you alter the language to fit the 5-7-5 syllable expectations of a Western audience?

Whatever your preference, it’s now clear to us why there are awards given out for poetry translation, not to mention why many Japanese haiku contain far fewer than the expected 5-7-5 syllables.

Aside from the “on” count, what other rules does haiku follow, and how does senryu set itself apart? Join us for the next installment of this two-part blog series next week to find out! 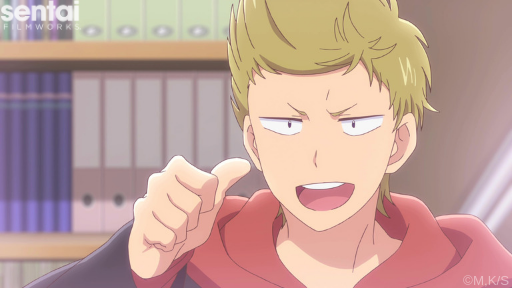 In the meantime, you should definitely show us your mad haiku skills by tagging @SentaiFilmworks when you use the social media buttons below. C’mon, don’t be shy — let’s see some poetry, students! And don’t forget to sign up for our newsletter for simulcast news and more!

Interested in watching Senyru Girl? Catch it on HIDIVE now!