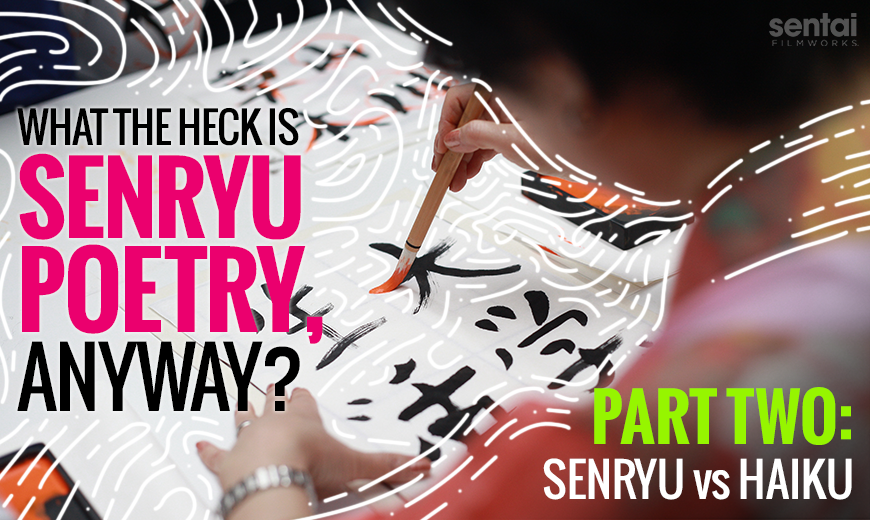 Welcome back to senryu school! Last time, Sentai-senpai told you about “on” and how it relates to haiku and haiku rules. This week, we’ll dig deeper into some other haiku rules, and then we’ll tell you how senryu breaks those rules and carves its own path. Hold onto your poetry hats, people! 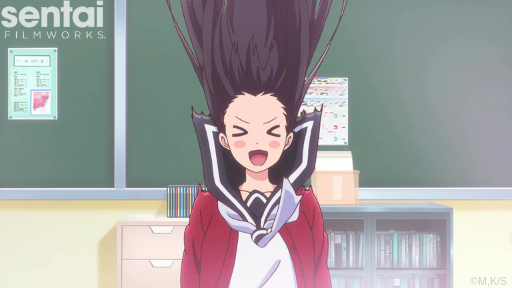 The next significant haiku rule is “kireji,” or “cutting words.” These words appear at the end of a haiku’s final line (and occasionally elsewhere) to denote a break in the flow of the text. They are often used to highlight the differences between the various subject matters described in a single haiku, bringing out elements of contrast or emphasizing a contradiction.

Unfortunately, these words don’t have English equivalents, but you can think of “kireji” as verbal punctuation that give haiku a specific tone.

The final of the haiku rules is the use of a “kigo” (which literally means “season word”). A kigo is a descriptive word or phrase that places a haiku during a certain season of the year. 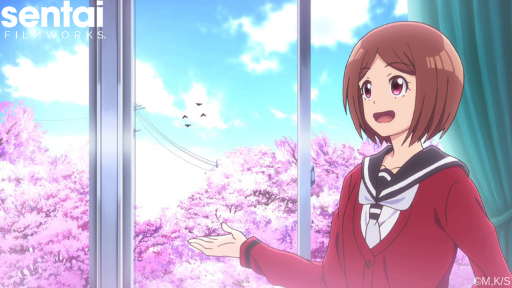 And by “season” we mean spring, winter, summer or fall. We know your mind immediately leaped to the next anime season.

As with all poetry, haiku depends on the author paying attention to an “economy of words” when crafting their masterpiece. Kigo provide a subtle way for an author to telegraph the season without expressly stating it and without wasting valuable “on” real-estate on unnecessary descriptions.

Kigo can be found in a “saijiki,” which is a book or list of these words and their corresponding seasons. Some kigo are very specific to Japan; these are usually obvious for Japanese readers, but they have the tendency to go over the heads of Western ones. 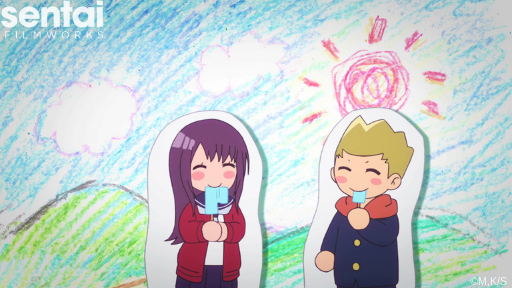 Something tells us that Eiji would count “popsicle” as a summer kigo...

But how do these haiku rules impact the senryu poems in Senryu Girl?

Although the two poetry forms are extraordinarily similar, there are a few key differences in senryu and haiku rules that help us distinguish haiku from the senryu poems in Senryu Girl.

In a nutshell, while senryu follows the same kind of 5-7-5 “on” restrictions as haiku, it does NOT use kireji (cutting words) or kigo (seasonal indicators).

And it’s that lack of kigo that really distinguishes senryu rules from haiku rules. You see, haiku tend to focus on nature, but senryu focus on human experience, politics or daily life. Senryu is often satirical or humorous, too, rife with tongue-in-cheek or ironic humor and lots of wordplay. Haiku, meanwhile, often adopts a more serious and reverent tone when talking about the natural world. 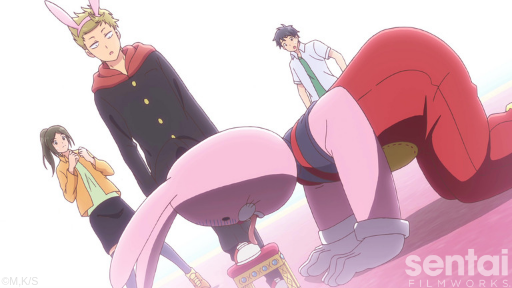 Given the tone of Senryu Girl, it’s obvious to us why Nanako uses senryu poems instead of haiku…

The most significant difference between these two poetry forms is arguably their tone and subject matter.

In fact, senryu poems are often referred to as “human haiku” because of their subject matter and their close relationship to haiku. But some literary critics argue that “human nature” falls under the umbrella category of “nature” itself, which often results in a debate over whether or not a specific poem is haiku or senryu.

And it doesn’t help that some nature-based haiku can be funny or satirical instead of serious, not to mention that some human-based senryu poems can be quite dark.

No wonder Nanako loves the senryu poems in Senryu Girl! 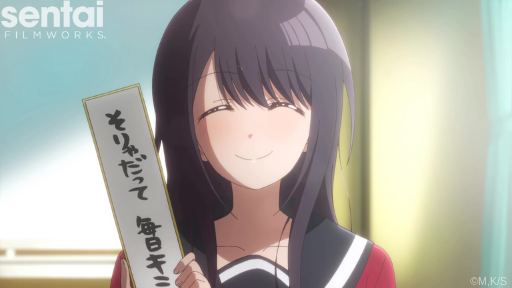 Putting the debate about senryu vs. haiku aside, it makes sense that Nanako would use senryu poems in her daily life instead of the (often, but not always) serious, nature-oriented haiku.

Senryu allows her to take advantage of wordplay and humor to express herself uniquely and charmingly, and we at Sentai Filmworks eagerly await all of the senryu poems Nanako whips up on the spot to comment on the people and events around her.

Just don’t ask us to do the same thing, please.

Nanako’s senryu skills are unmatched, and if you’re looking to read more poetry in senryu or haiku format, you should really go watch an episode of Senryu Girl to satisfy your literary cravings, instead.

If you think your literary skills are on Nanako’s level, show us what you’ve got by following the social media buttons below, and don’t forget to tag @SentaiFilmworks in all of your future poetry. Don’t forget to sign up for our newsletter, too!