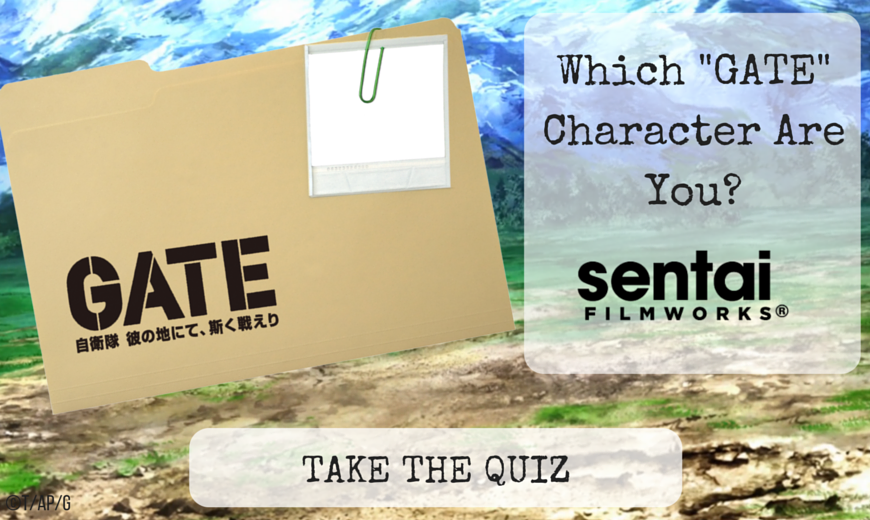 Which GATE Character Are You? [Quiz]

GATE began airing during the Summer 2015 season, and it has taken us on the most amazing ride. With masterful storytelling, well-rounded characters, and gorgeous design, GATE has blown the expectations of what is expected from anime.

The story follows Yoji Itami, a seemingly lackadaisical self-proclaimed otaku. One day, a mysterious gate appears in the middle of a busy Japanese shopping district, and as a crowd gathers, a sudden an onslaught of monsters and soldiers charge from the other side.

Itami and his squad are sent on a mission through the gate, and the other world they find themselves in is completely foreign, yet oddly familiar. With elves, mages, dragons, princesses, cat girls, and Goth-loli clad demigods, Itami (and fans of the show) still have a lot to learn about the world on the other side of the gate!

Which GATE Character Are You?

Are you an Itami or a Rory Mercury? Take the quiz and share your results with us on social!

Full episodes of GATE are available for streaming from Anime Network Online and Hulu! Don’t miss a second of the action, and follow us on Facebook, Twitter, Google+, or Tumblr for news about the home video release.