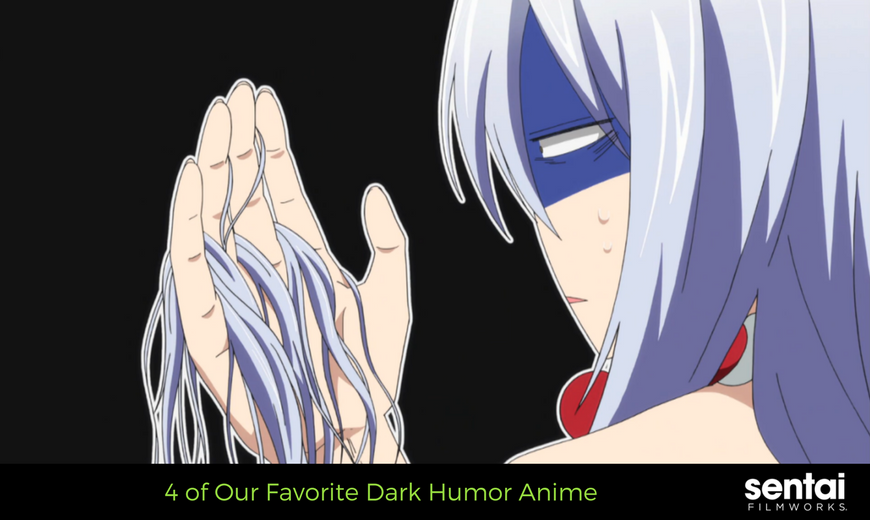 4 of Our Favorite Dark Humor Anime

We all have our favorite types of comedy anime from slapstick to satire and all the way to dark comedy. Dark humor makes light of tougher subjects to make a statement. Some of our favorites use over the top tropes, and we can’t but laugh at the well-executed anime humor.

This series takes place on a post-apocalyptic Earth, the human race is regressing, and their numbers are decreasing. Now they must share their world with fairies. This humorous show brings to light issues like the mass production of food, the commodity lifestyle, and apocalypse. One of our favorite scenes is the gruesome scene of bread mutilating itself. 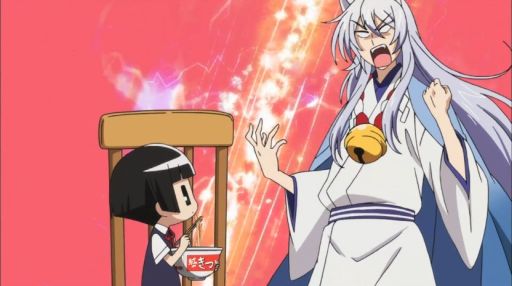 Kohina is your everyday girl. She wants to be a doll and eat noodles. Kokkuri-san, a fox spirit she accidentally summons, wants to make sure Kohina grows up to be a responsible young lady and takes it upon himself to change her habits. Comedy ensues as Kokkuri-san avoids exorcisms, other spirits, and potentially life-threatening injuries. Even with his life flashing before his eyes Kokkuri-san deeply cares for Kohina and is trying to raise her to the best of his abilities. 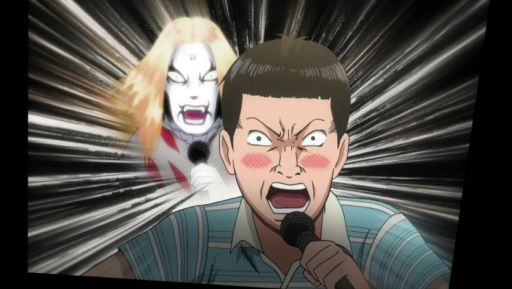 Negishi just wants to be a pop singer, but life takes an unexpected turn when he’s recruited to be part of a death metal band: Detroit Metal City. If only his pop music was as famous as his alter ego, Johannes Krauser II. His DMC music is about illegal behavior which tends to do great with masses while his sweeter music tends to be ridiculed. The series makes a statement about the general state of music and how Krauser’s exploits tend to make him more famous rather than subject him to public disdain. If you’re looking for a dark comedy anime, then look no further! 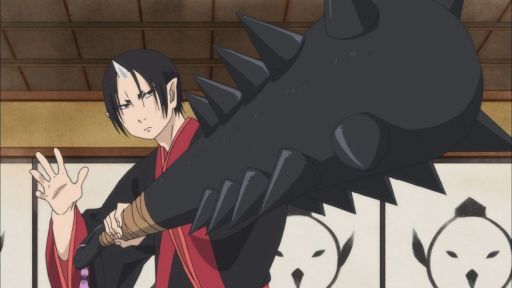 A comedy about Buddhist hell, we follow Hozuki as he tries to bring order to this chaotic afterworld. With his bloody club and his scary demeanor, he isn’t afraid to deal out punishment to those who disobey hell’s rule. Comedic action ensues as he tries to troubleshoot unusual problems like trying to bring order to animal hell, introducing new demons to different types of hells and being a diplomat to other hell dignitaries like Satan.

It Can Get Dark

Some anime focus on darker subjects, but these dark comedies can lighten the mood a bit. What’s your favorite dark comedy anime? Tell us by tagging us at @sentaifilmworks on Facebook or Twitter.