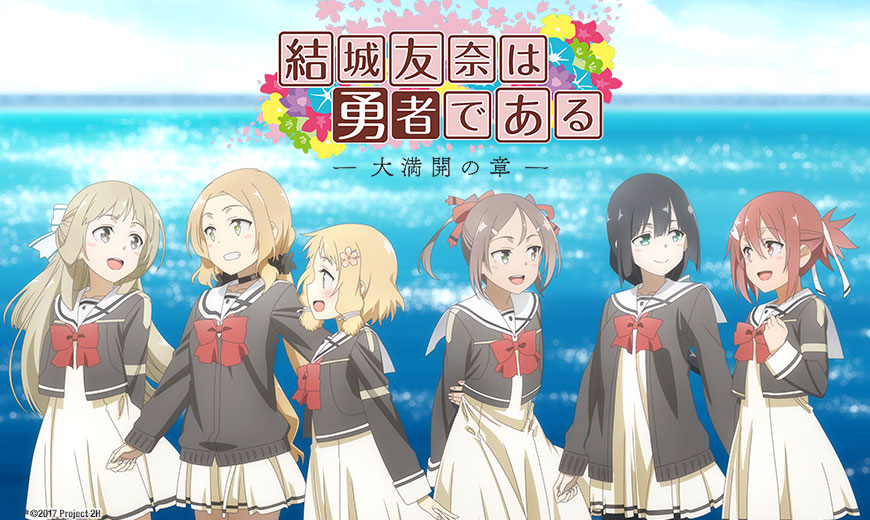 The magical girls of the Sanshu Middle School Hero Club have one goal: to make people smile whenever they can and to always help those in need. Through teamwork and the help of their magical powers, Yuna, Mimori, Fuu, Itsuki, Karin and Sonoko have vanquished deadly Vertexes, recovered a missing friend and balanced their lives as magical girls and regular middle school students. Now a new adventure begins, one that will test their skills and their bond as friends alike.