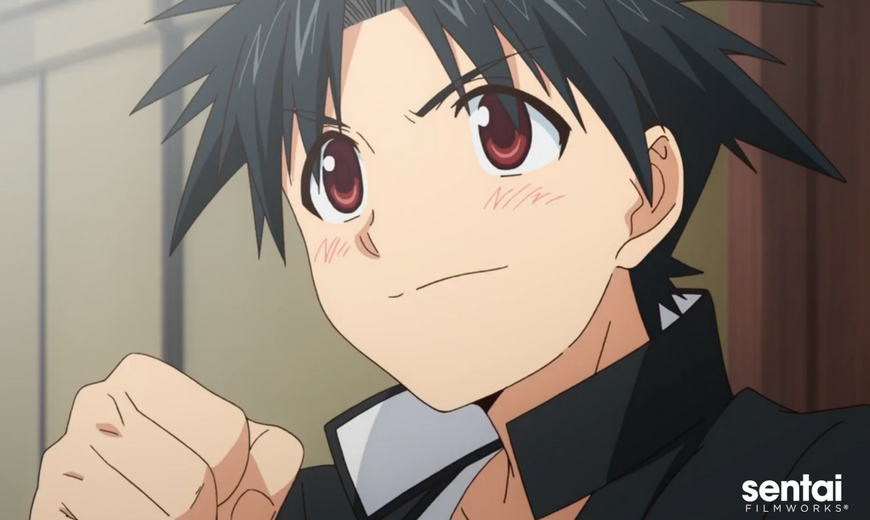 HOUSTON, TX, September 25, 2017 – Sentai Filmworks is proud to announce its newest addition to the Fall 2017 anime simulcast season: UQ HOLDER!, a shonen action series based on the manga by Ken Akamatsu (Love Hina, Negima!). The series will be available on Anime Strike with Amazon Channels—a service that gives Prime members the ability to watch over 100 on-demand channels—no cable required, cancel anytime, and no additional apps to download.

Set in the same universe as Akamatsu’s Negima! series, the story begins decades later with a young boy named Tōta Konoe being struck down while protecting his guardian, Yukihime, against a ruthless bounty hunter. Though his wounds should have been fatal, Tōta not only survives, he learns the reason behind his limited memories - Yukihime is actually a sorceress and 700-year-old vampire who saved his life two years ago by making him a vampire as well. With his powers awakened,Tōta’s life will only get more interesting when he joins a secret society for outcasts and fellow immortals: UQ Holder.

UQ HOLDER! is scheduled for an October 2017 release in Japan. It will soon be available to stream on Anime Strike for $4.99 per month after a 7-day free trial, and available in non-US territories through select digital outlets for the Fall 2017 simulcast season, with a home video release to follow.