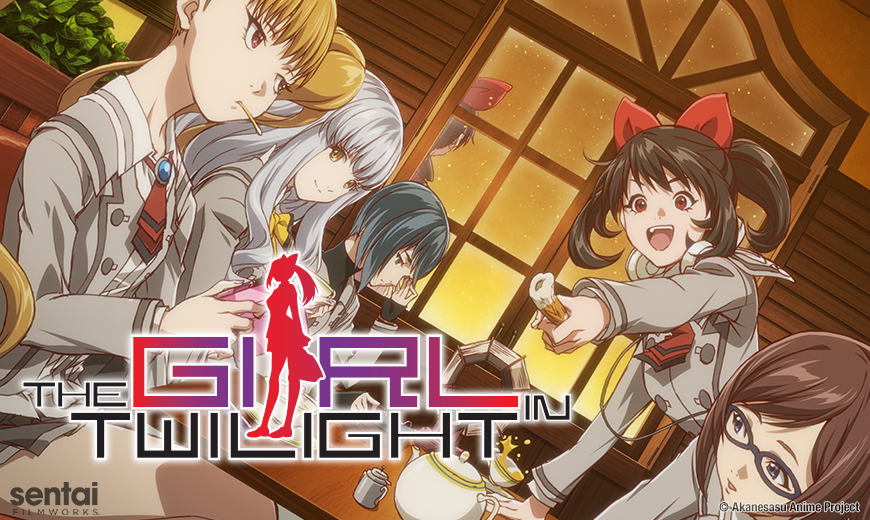 Constantly on the lookout for her next big adventure, the cheerful and kind Asuka Tsuchimiya is always ready to try new things with her high school friends from the Crystal Radio Club. One day, the group performs a ritual from an urban myth just for fun. However, several conditions had fallen into place to put the ritual in motion, opening the door to a new world of gold and jet black. In this world, Asuka finds a different version of herself and soon finds out that some doors were never meant to be opened.

Jin Tamamura (Chivalry of a Failed Knight, JoJo’s Bizarre Adventure: Diamond is Unbreakable) will direct this original anime from the concept work of Kotaro Uchikoshi, the writer and director of the Zero Escape video game series. The series produced DandeLion Animation Studio (Haikyu!!, The Dragon Dentist) and Jūmonji (Chain Chronicle OVA, Hozuki’s Coolheadedness). Masakazu Katsura (Zetman, Iria - Zeiram the Animation) and Hiroyuki Asada (Cheer Boys!!, Tegami Bachi: Letter Bee anime series) are in charge of the original character design with script and series composition led by Shogo Yasukawa (Food Wars!, Is It Wrong to Pick Up Girls in a Dungeon?).

The series will soon be available to stream on select digital outlets for the 2018 simulcast season with a home video release to follow.