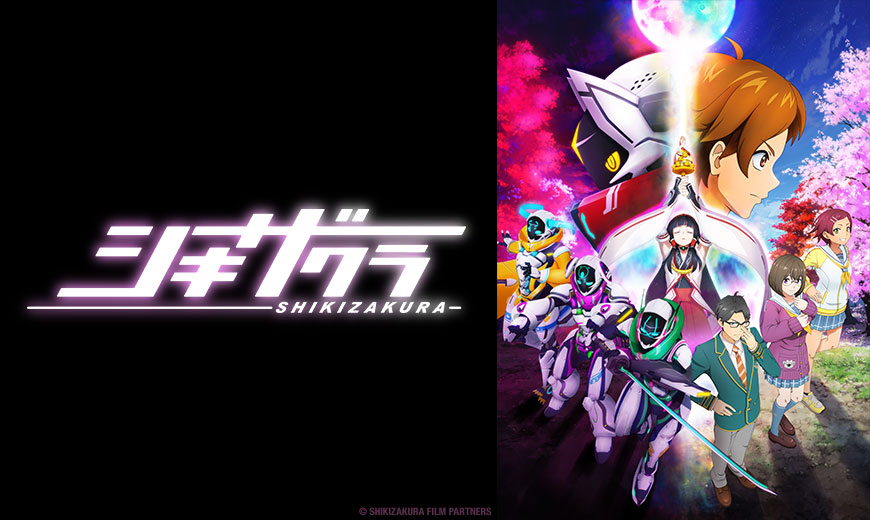 Kakeru Miwa is an otherwise ordinary high school student, but a strange twist puts him on the front line in a supernatural battle against the menacing Oni. With the help of a fantastically powerful battle suit known as “Yoroi”, Kakeru joins an elite team that fights the monstrous Oni and defends humanity from otherworldly threats. The team is assigned to protect Oka Myojin, a shrine maiden who is prophesized to save the world, but she must perform a sacred ritual within Shikizakura, the horizon that connects the spiritual and physical world that lies somewhere amid the blooming cherry blossoms and the colorful autumn leaves. But in this world, the journey to destiny is hard-fought, winding and sometimes deadly.

The series features a cast of new seiyuu, also from Nagoya, who are making their anime debut in Shikizakura. They include Yudai Noda as Kakeru Miwa, Shingo Yoneyama as Ibara, Eri Sakazaki as Kaede Naruse, Natsuki Ochiai as Haruko Yamada, Shoto Mizukami as Ryo Hattori, Daisuke Nakamoto as Kippei Nagatsu and Miho Mashiro as Oka Myojin.

Sentai will stream Shikizakura in association with select digital outlets in Fall 2021 with a home video release to follow.