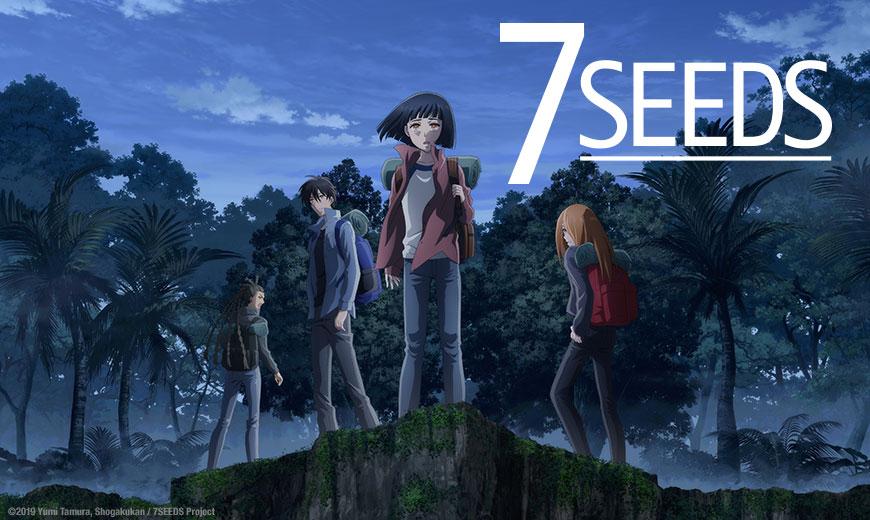 HOUSTON, TX — February 22, 2021 — Sentai announced today that it will be releasing the second season of post-apocalyptic anime series 7SEEDS, based on the award-winning manga of the same name, on home video in Spring 2021.

Season 2 picks up where Season 1 left off. A meteor strike has left the world a shattered shell of what it once was, but a government initiative involving cryogenics has given humanity a fighting chance. To date, the subjects of the 7SEEDS project have survived giant insects, post-apocalyptic weather, ferocious animals, and the greatest danger of all: other survivors, all of whom will do anything to live another day. But the 7SEEDS project’s chosen few aren’t safe yet, and the monumental mission of rebuilding society has only just begun.

7SEEDS is based upon the manga of the same name by Yumi Tamura; in 2007, the manga received the 52nd Shogakukan Manga Award for “Best Shojo (Girl’s) Manga.”