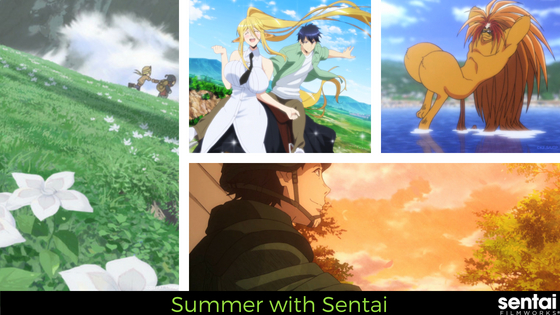 The new summer anime season is officially here, and we’re busy gearing up at the Sentai office to deliver this season’s simulcasts for your viewing pleasure!  But we’d like to take a trip back through memory lane and revisit a few of our favorite titles from seasons past. 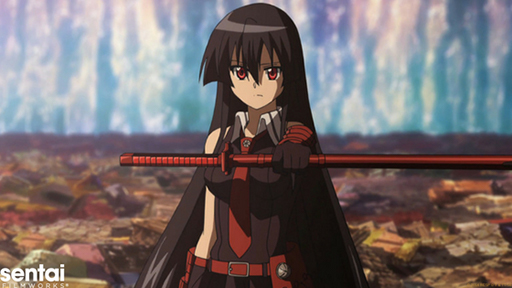 Assassins slaughter their way through the corruption and injustice of the Empire in this dark fantasy series where no one is safe, and anyone can pay the ultimate price on the battlefield at any time. The price is steep indeed, but they must be willing to pay with blood if they wish to wrest a hopeful future out of the clutches of such an entrenched evil. Our team has always been proud of and excited about our debut on Toonami with Akame ga Kill! and we hope that all of you enjoyed watching!

Catch all the bloody action with HIDIVE!

Slaughter or be slaughtered with the Premium Box Set 1 and 2! 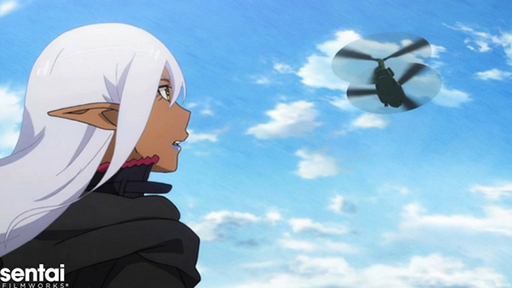 When a mysterious portal appears in the middle of Tokyo, creatures thought only to exist in storybooks start pouring out in droves, wreaking havoc wherever they go. However, this series offers a refreshing twist to genre conventions as, even though the invaders had the element of surprise, the Japanese Self Defense Force quickly routes them. Modern technology is devastatingly effective against swords and sorcery. Reality ensures as the JSDF rallies its might and invades the fantasy realm not only to protect Japan against further attack but to learn more about this unconventional enemy. Magic may be impressive, but it is no match against the marvels of modern technology.

Witness what happens when magic and technology collide with HIDIVE!

Get ready for battle with the Premium Box Set! 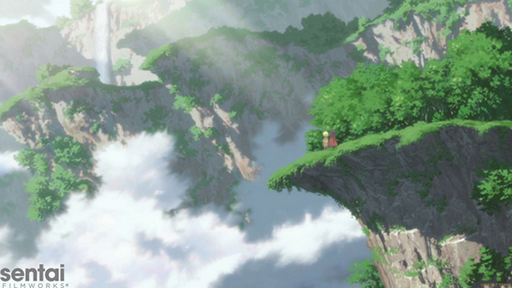 What lies at the bottom of the unfathomable Abyss? That is the question that ignited the passion and imagination of cave raiders for generations. The Abyss demands a toll from all who delve within its depths and a young girl dares to explore what lives in the darkness. This series captivates its audience with the promise of a whimsical, fantastical adventure that harkens back to some of the great Hollywood titles, but quickly becomes much more. With gorgeous visuals and a haunting soundtrack from composer Kevin Penkin, this tale will make you feel and will stick with you long after the final episode.

HIDIVE subscribers in the US and Canada can start streaming the series starting July 24!

Pre-order the Premium Box Set here before you delve into the Abyss! 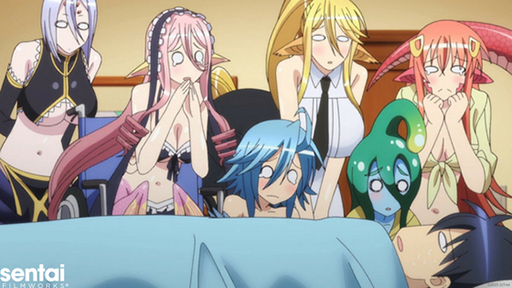 Imagine a world where attractive humanoid monsters live among the human population through a government-sponsored exchange program. That’s the reality Kimihito finds himself in when he agrees to participate in it. As a host, Kimihito welcomes these unique guests into his home and ends up becoming the object of affection for a lamia, a harpy, a centaur, a slime, a mermaid, and an arachne, all of whom wish for him to become theirs. Come for the interesting premise to the harem genre; stay for the lewd.

Binge with your chosen waifu with HIDIVE!

Add these waifus to your collection with the Complete Collection Blu-ray! 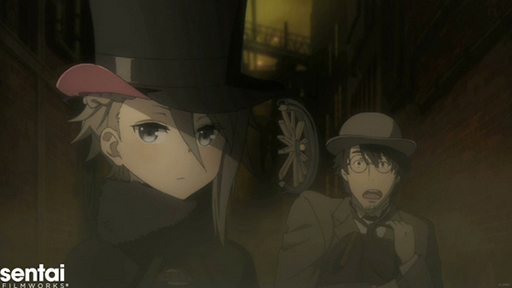 Espionage and intrigue reign supreme in the shadow war between secret agents with a divided steampunk London as their battlefield. Ange and her team are no strangers to the dangers. (Hey, that rhymed!) Saboteur, Princess, Seductress, Swordswoman, and Impersonator, they all have a role to play in the endless chronicle between the Commonwealth and the Kingdom. From cases that take the team to high society balls to airships and speeding trains, Princess Principal will scratch your spy thriller itch.

Observe these thrilling adventures with HIDIVE!

Add a little espionage to your collection by pre-ordering the Premium Box Set! 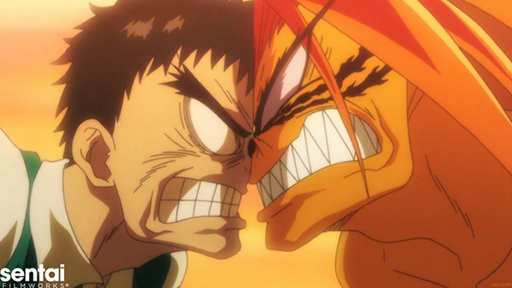 Ushio is an ordinary middle school student who just so happens to wield a mystical, demon-slaying spear (totally normal, right?). Tora is an ancient, powerful demon who sticks around so he can eat said middle school student. Although they team up to fight evil, to say they have a love-hate relationship is a VAST understatement. This series starts out as a monster-of-the-week endeavor but slowly unfolds into a saga that explores not only Ushio and Tora’s dynamic relationship with each other but also the secrets of the mysterious weapon that put their destinies on a collision course.

Tune in to the misadventures of these two frenemies with HIDIVE!

Complete your journey with these two with the Premium Box Set! 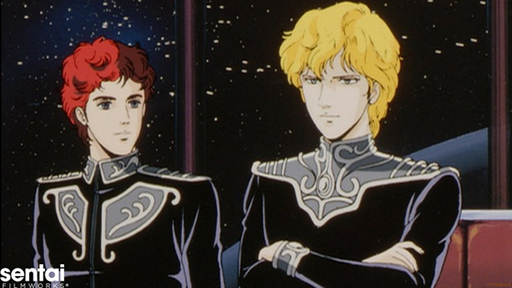 They said that it couldn’t be done, but we did it anyway. We brought the beloved space opera epic overseas for the first time for your streaming pleasure. Legend of the Galactic Heroes is ambitious in scope. Following multiple characters in a war that has lasted for over a century, this saga weaves an intricate tale that warns that, even in an ideological conflict between autocracy and democracy, things never boil down to pure black and white. Heroes and villains exist on both sides, and they all have their reasons for fighting. And just because you are the hero of your own story doesn’t mean you aren’t the villain in someone else’s.

Turn the page in the history of the galaxy with HIDIVE! 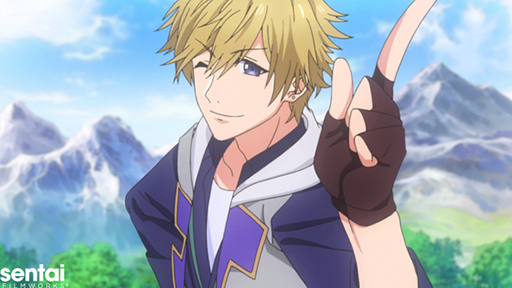 The current simulcast season is already underway with pretty boys fighting for freedom in The Thousand Musketeers, followed quickly by pretty princes fighting evil in 100 Sleeping Princes & the Kingdom of Dreams!

That’s not all, however! Next up will be childhood friends auditioning in Revue Starlight debuting this Saturday (July 14) followed by the misadventures of corporate suits in Mr. Tonegawa Middle Management Blues later in August! Both these titles are getting a DUBCAST℠ Edition, meaning you’ll also get to watch them in English as well! Stay tuned and remember that you can catch all four simulcasts and more on HIDIVE!

Experience the fight for freedom on HIDIVE with The Thousand Musketeers!

Dream of handsome princes on HIDIVE with 100 Sleeping Princes & the Kingdom of Dreams!

Audition for the chance of a lifetime with Revue Starlight coming Saturday, July 14 on HIDIVE!

Be thankful you don’t have this man’s job with Mr. Tonegawa Middle Management Blues coming soon on HIDIVE!

Did we forget to include your favorite summer season show? Let us know by tagging us with @SentaiFilmworks on Facebook and Twitter! Need more Sentai in your life? Subscribe to our newsletter here and be the first to know!