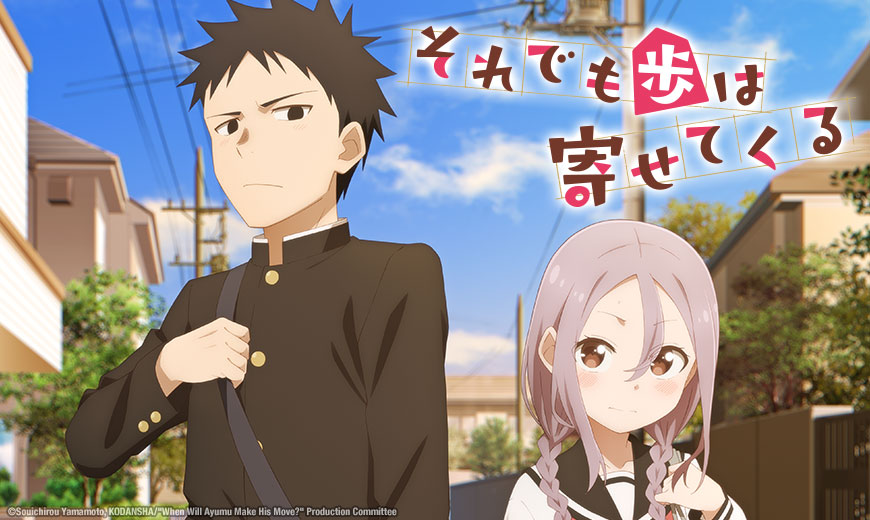 Sentai Snaps Up “Takagi-san” Creator’s Latest, “When Will Ayumu Make His Move?”

HOUSTON, TX — June 23, 2022 — Sentai announced today that it acquired exclusive rights to When Will Ayumu Make His Move?, the adorable new comedy anime series from the creator of Teasing Master Takagi-san. Sentai will premiere the series exclusively on HIDIVE, its direct-to-consumer streaming service, during the Summer 2022 simulcast season.

Ayumi Tanaka just fell in love at first sight with Urushi Yaotome, the head of the illegitimate Shogi Club, and joined the Shogi Club! But Ayumu has vowed not to confess his feelings until he can best Urushi, and he has a long way to go before he can stand up to her strategic brilliance. As Ayumu strives to beat his crush and confess, love becomes a battlefield both on and off the shogi board while audiences wonder, “When will Ayumu make his move!?”

When Will Ayumu Make His Move? is created by Soichiro Yamamoto, whose beloved work Teasing Master Takagi-san delighted audience with its adorable main characters and heartwarming premise. When Will Ayumu Make His Move? is animated by SILVER LINK. (Non Non Biyori, My Next Life as a Villainess: All Routes Lead to Doom!, Fate/Kaleid Liner Prisma Illya, Kokoro Connect) and directed by Mirai Minato (BOFURI: I Don't Want to Get Hurt, so I'll Max Out My Defense, The Misfit of Demon King Academy). Akao Deko (Gintama Season 4, Noragami, Komi Can't Communicate) provides series composition.

When Will Ayumu Make His Move? will premiere exclusively on HIDIVE in Summer 2022 with a home video release to follow.